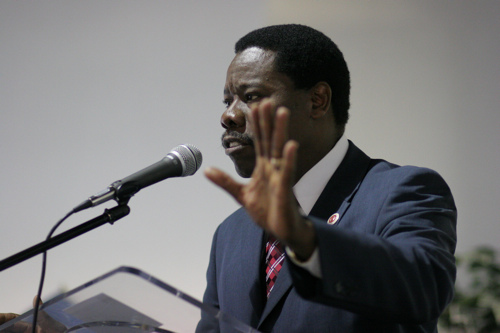 Lewis, of Atlanta, Georgia, who represented Georgia’s 5th district in the U.S. Congress for 34 uninterrupted years. The congressman who was considered “an apostle of nonviolence,” succumbed to Stage four pancreatic cancer on Friday at age 80.

“I want to extend my deepest condolences to the family of Representative John Lewis, a noble public servant, a freedom fighter, and an icon of the civil rights movement,” Eugene, the first Haitian to be ever elected to New York City Council, told the Caribbean Media Corporation (CMC).

“Throughout his life, John Lewis exhibited a profound dedication to fighting for the civil and human rights of all people, regardless of race, religion, gender, or socioeconomic status,” added Eugene, who represents the predominantly Caribbean 40th Council District in Brooklyn, New York.

“I had the honor of meeting with John Lewis several times, and I was deeply moved by his wisdom and unwavering dedication to fighting for human dignity and for those who were oppressed.

“He believed that in order to progress as a country, we must treat everyone equally and empower ourselves to help those in need,” the councilman continued. “His bravery and practice of solidarity, in the face of injustice, provided inspiration and guiding light for all who continue to fight for racial unity.”
Caribbean American Democratic Congresswoman Yvette D. Clarke, daughter of Jamaican immigrants, tweeted on Saturday that “our nation is suffering an immeasurable loss.

“Congressman Lewis was a patriot who put his life on the line in the pursuit of justice, making good trouble everywhere he went,” said the representative for the 9th Congressional District in Brooklyn.

“May the Honorable John Lewis Rest in Power,” added Clarke, vice-chair of the U.S. Congressional Black Caucus (CBC). “My prayers are with his loved ones during this time.”