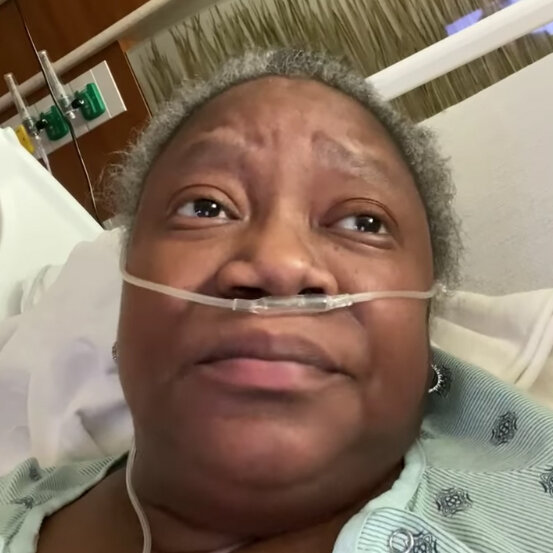 “I put forth and I maintain: If I was White, I wouldn’t have to go through that,” lamented Dr Susan Moore, a Jamaican-born doctor, who accused her doctors and caretakers of negligence and racism just a few weeks before dying of COVID-19.

Dr Moore, a 52-year-old resident of Indianapolis, Indiana, tested positive for COVID-19 on November 29, and went to Indiana University Hospital North (IU North) because it was close to her home, according to the New York Times newspaper.

In documenting her condition on Facebook, Moore complained of her treatment at the medical facility. She was eventually released and admitted to another hospital before succumbing to COVID-related complications on Sunday, December 20.

Weeks before she died, Moore had posted a seven-minute video, on December 4th, shedding light on her treatment by medical personnel at IU North. The video, which has since gone viral, has triggered outrage across the Black community in America because of the medical injustice that Moore experienced, something that minorities in the United States, especially Black women, are all too familiar with.

While lying in her hospital bed with an oxygen tube at her nostrils, Moore described how a white doctor reportedly downplayed her complaints of pain, stating further that he felt uncomfortable giving her more “narcotics”.

“I was in so much pain from my neck; my neck hurt so bad. I was crushed. He made me feel like I was a drug addict and he knew I was a physician. I don’t take narcotics. I was hurting,” she said in tears, with her voice crackling.

Moore explained that she eventually spoke to a patient advocate, who she said initially did not help her situation. She then demanded to be transferred to another hospital, and said it was at that time that she was given a CT scan which confirmed that she was having breathing problems.

On the day she recorded the video, Moore said she was in “intense pain” and was to receive further medical treatment to alleviate it, but it was delayed for almost four-and-a-half hours. She alleged that when a male nurse eventually came to treat her, he behaved rudely, insisting that he had five other patients to take care of.

“Now that is not how you treat patients. Period! So I don’t trust this hospital and I’m asking to be transferred… The other thing that white doctor… said was that if I stayed that he would send me home Saturday (December 5) at 10 pm in the dark. Who does that?”

In continuing, Moore, who spoke into her phone camera, said she was speaking out so that the treatment she endured was not overlooked.

“This is how black people get killed, when you send them home and they don’t know how to fight for themselves. I had to talk to somebody, maybe the media, somebody, to let people know how I’m being treated up in this place,” she argued.

The 19-year-old said his mother became “sluggish” and “tired” when she got home. Her condition eventually deteriorated 12 hours after being discharged, and she was admitted at a new hospital, Ascencion-St Vincent in Carmel in Indianapolis. Subsequent posts from her revealed that she was being treated for a bacterial pneumonia, as well as COVID-19-related pneumonia.

Her son disclosed to the New York Times that the last time he spoke to her, she said was going to help him go to college. But soon after that conversation, she was placed on a ventilator.

By December 10, doctors had to incubate Moore, and by December 18, she was 100 per cent reliant on a ventilator to breathe. Two days later, she died. Moore had migrated from Jamaica to the US in the early 1970s with her family. She was an industrial engineer for nearly a decade before she began studying at the University of Michigan Medical School.

Moore’s video gives insight into the type of injustice often experienced by people of color in America, but unlike incidents of police brutality, not often talked about.

In 2020, COVID-19, which is more likely to affect Black people than white, has exposed the inequalities and biases in America’s healthcare system. In a year when Blacks have had to grapple with the gruesome deaths of George Floyd, Breonna Taylor, Ahmaud Arbery and so many others, Moore’s death further proves that Black people in America, even healthcare workers, have had to battle with two national crises.

Since her passing, an IU Health spokesperson has issued a statement in relation to the racial claims that were made in Moore’s viral video.

“As an organization committed to equity and reducing racial disparities in healthcare, we take accusations of discrimination very seriously and investigate every allegation,” the statement said, according to the New York Times.

It added that: “Treatment options are often agreed upon and reviewed by medical experts from a variety of specialties, and we stand by the commitment and expertise of our caregivers and the quality of care delivered to our patients every day.”

No specific information was provided in relation to the treatment that Moore said she received while being admitted at the medical facility.