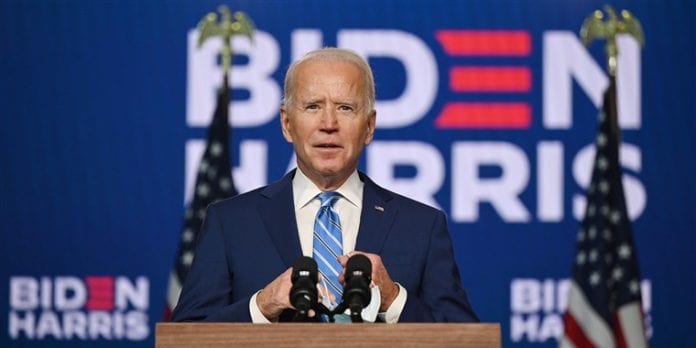 The polls in South Florida closed at 7:00 pm on November 3, and 8:00 pm in the Florida Panhandle, but unlike past U.S. presidential elections, Floridians and the rest of the nation are experiencing an agonizing wait to know if Joe Biden has been elected president or Donald Trump reelected for a second term.

It wasn’t supposed to be like this. A plethora of polls predicted the Democratic ticket of Joe Biden and Kamala Harris would win the 2020 presidential elections by a wide margin, and much closer in so-called toss-up states like Florida. Polls so consistently showed Biden/Harris ahead, it seemed likely the election results would be known on election night or the latest Wednesday morning.

But again the polls were wrong, resulting in a very close election, necessitating the agonizing wait for final votes to be counted to determine the winner. Creating the unusually long time to count votes is the huge volume of mail-in ballots, and the delay in beginning to count these ballots in states like Nevada and Pennsylvania.

Prediction of a possible high turnout of votes across the country proved correct. It’s estimated some 163 million voters voted nationally, the highest voter turnout rate among eligible voters since 1900.

The frustration in the misleading election polls was heightened in Florida, as instead of the projected five-point win most polls predicted Biden/Harris winning the state by, the Trump/Pence ticket won by 3.2 percent, a 2 percent increase ticket over their 2016 victory.

The Biden/Harris ticket lost Florida despite the record number of Democratic Black voters compared to past elections, with sharp increases in Broward and Palm Beach counties. In Broward County the Black vote averaged over 80 percent, outdoing the 76 percent turnout rate of all voters in the county. But the turnout of the black vote faltered in Miami-Dade County amounting to 59.1 percent. On the other hand the Hispanic vote in Miami-Dade buoyed by influx of Venezuelan immigrants, and the hardcore support for the Republican Party among Cuban Americans had a 72 percent turnout, overwhelmingly for the Trump/Pence ticket.

In the days leading to the November 3 elections several Democratic officials in Miami-Dade including Congresswoman Fredericka Wilson, who was easily reelected to another term in the U.S. Congress, urged the Biden/Harris campaign to place more focus on the ground-work among Black voters in Miami-Dade. The calls may have come too late as the disappointing turnout among Black voters in the county indicated.

On the positive side, several Caribbean American candidates were either elected or reelected in South Florida.

Unfortunately, Richard Campbell lost his City of Lauderhill Commission seat, and Jeff Holness failed in his attempt to be elected to the Broward County School Board.