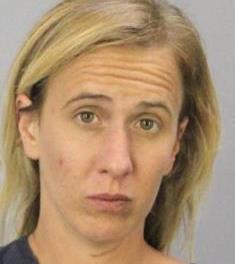 A Deerfield Beach mother was arrested in Margate after she left her two children alone in her car while she was drinking at a bar, police said.

According to an arrest report, Chavez was at Jesse’s Xtreme Sports Bar last Wednesday while her children, ages 10 and 5, were in the car with the windows rolled up and the engine turned off for almost half an hour.

Police accessed Chavez’s bar tab, which showed that she had an alcoholic shot.

The children were placed in the care of Chavez’s friend, and Chavez was taken to jail.