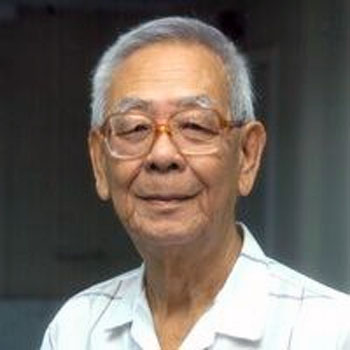 Chan, a tall, stately gentleman, was a brilliant, quiet and unassuming scholar. He was a beloved husband, father, grandfather, teacher, mentor and friend.

Family and friends packed Boyd’s Funeral Home in Pembroke Pines on October 14, for a warm and insightful life celebration, most fitting of this humble academic.

Chan left Guyana for Jamaica at age 18 to pursue studies in science at the University College of the West Indies (now University of the West Indies) after receiving an open scholarship upon completion of his London Higher Certificate. At that time, UCWI was a fledgling college, and Chan completed a Bachelor of Science degree in two years.

With the aid of a Geddes Grant Fellowship, he embarked on post-graduate studies at the Imperial College of London and University of Glasgow under the tutelage of Nobel Laureate, Sir Derek Barton.

In 1957, Chan became the first UCWI graduate to complete a doctorate degree.

In 1958, Chan returned to Jamaica to begin his career at UCWI and spent the next 40 years contributing to the development of the Department of Chemistry, teaching Organic Chemistry and mentoring post-graduate students in the field of Natural Products research at its Mona, Jamaica and St. Augustine, Trinidad & Tobago campuses.

In 1966, Chan co-founded the Biennial International series of symposia, now called the Mona Symposium on Natural Products and Medicinal Chemistry, the longest running symposium in Latin America and the Caribbean.

He was appointed the Personal Chair in Organic Chemistry in 1970. In 1996, he retired from the UWI and was awarded the title of Professor Emeritus of Chemistry.

In 2000, the Government of Jamaica awarded him the Order of Distinction, Commander Class (CD).

At his Celebration of Life ceremony, many of Chan’s past students were in attendance, and referred to him as a friend and mentor. A member of the Department of Health was also in attendance, with a fitting message.

Many spoke of his sense of commitment, his valued friendship, his quiet demeanor, and his love for family, social interaction, rum and water or his signature Red Stripe Beer. And about him always being ready and available for a good game of cricket, Mahjong or dominoes.