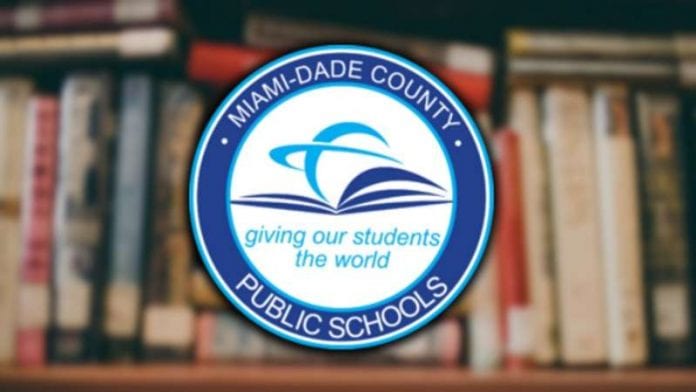 The board for Florida’s largest school district Miami rescinded a decision made last week that rejected new sex education textbooks for middle and high school students.

The debate over the sex education materials in Miami took place as school districts and boards navigate a new landscape in Florida classrooms over what officials deem appropriate content.

Republican Governor Ron DeSantis has signed new laws this year that prevent teachers from talking about gender identity and sexual orientation to third graders and younger and limiting how race can be discussed.

“It is my duty, my obligation to ensure the proper operation of our school district,” Hantman said. “In spite of my personal beliefs, and I have very strong personal beliefs and principles, I must make sure our district is in compliance.”

The chair added the books are online and content that is not age appropriate is not accessible. She clarified parents are also allowed to opt their children out from lessons on sex education, tasking school officials with making a strong effort to let parents know.

“The rights of the parents will be respected every step of the way,” Hantman said.

“Comprehensive Health Skills,” published by Goodheart-Willcox in Illinois, comes in different versions for middle and high schools, with topics including nutrition, physical activity, and sexually transmitted diseases, as required under the district’s units of study for Human Reproduction and Disease Education.

The board first adopted the textbooks in April on a 5-3 vote, but its material was challenged by parents citing the parental rights law signed by DeSantis in March. The new state law, which some critics call the “Don’t say gay” bill, prohibits instruction related to gender identity or sexual orientation in Grades K through 3, “or in a manner that is not age appropriate.” Other objections to the text came from anti-vaccine proponents who opposed references on how vaccinations can prevent viral infections. Others objected to content about contraception and abortion.

Thursday’s vote was the third regarding the textbooks with those members in opposition complaining they were blindsided that the issue was brought again up for vote after they had already agreed on it last week.

“If you support this item, you are not supporting transparency,” said Lubby Navarro, one of the members opposing the textbooks. “The public has a right to have been noticed properly on this matter.”

The school board attorney at the meeting said rescinding last week’s vote was allowed.