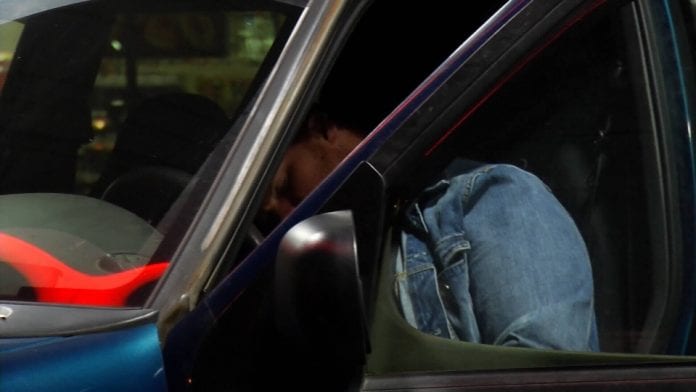 A 31-year-old woman was arrested on a child neglect charge after she was found passed out behind the wheel of car at a South Florida intersection with an open bottle of vodka in the front passenger’s seat and a 2-year-old child in the backseat, deputies said.

Broward Sheriff’s Office deputies were called to Northwest 33rd Avenue and Commercial Boulevard in Oakland Park on Sunday after a concerned citizen spotted a woman, later identified as Jennifer Hernandez, asleep in the driver’s seat of a Cadillac that was stopped at the intersection.

The concerned citizen tried to wake Hernandez by banging on the window, but she was unsuccessful. Oakland Park paramedics arrived and successfully woke Hernandez.

Hernandez told paramedics that she hadn’t slept in the past 24 hours because she had worked from 9 p.m. Saturday until 9 a.m. Sunday. Hernandez said she has prescriptions for Xanax, mirtazapine and painkillers from a recent surgery.

When deputies questioned Hernandez, her eyes appeared “watery and bloodshot, her speech was slurred and she had a slight odor of alcoholic beverages” on her breath, according to an arrest report.

Deputies said there was a bottle of vodka in the front passenger’s seat that was only about two-thirds full.

Hernandez claimed that she picked up the toddler about noon without having slept to go to a birthday party.

Deputy Richard Klima wrote in his report that Hernandez placed herself and the child “at risk for serious bodily harm by operating a motor vehicle in such a sleep-deprived state.”