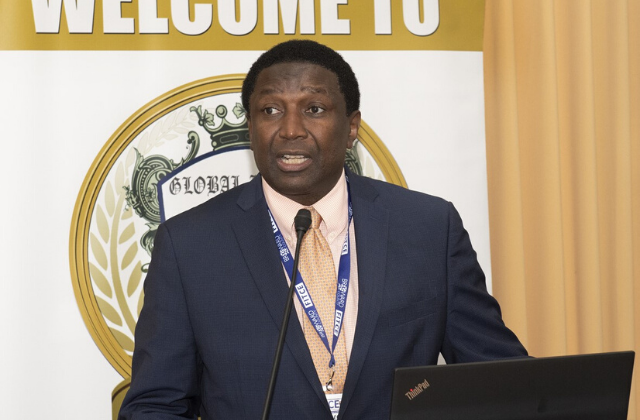 As the national and international focus on police brutality against Black people continues to be a catalyst for change, some local governments and municipalities across the nation are working to find solutions to this systemic problem.

In Broward County, which has a significant Black and immigrant population, the commissioners are attempting to bridge the gap between communities and the police, and are exploring ways to hold law enforcement and the criminal justice system accountable.

When its commissioners meet on Thursday, September 10, the creation of the Broward County Police and Criminal Justice Review Board, proposed by Mayor Dale V.C. Holness, will be on the agenda.

“This is past overdue,” Holness told CNW. “We’ve witness time and time again, Black people being brutalized in our community and in our country. It is difficult to understand when it’s done by civilians, as in the case of Trayvon Martin and others, but it’s so much worse when it comes at the hand of law enforcement.”

The proposed independent review board would gather data on police use of force, alleged misconduct and other criminal justice issues, publish data and reports, identify issues that could be addressed through policy changes, and make recommendations as deemed necessary.

“This is a step in the right direction to analyze the entire criminal justice system—from policing to police abuse of power, to the state attorney’s conduct as it pertains to charging police officers, charging juveniles as adults; to the judicial system when Blacks are sentenced to terms up to 20 percent longer for same crimes as whites.”

Holness’ proposal came after the death of George Floyd—who was killed when a Minneapolis police officer knelt on his neck for almost eight minutes—and the outrage that was expressed on a national and international level.

“The way we change the system is by changing the laws and the rules, which means that we must vote to put people in place that will put the policies in place that will bring about justice and fair treatment of everyone in our community,” Holness told CNW.

This past primary election in Broward County saw several major races—sheriff, state attorney, public defender and clerk of court—won by Black candidates on the Democratic side.

“Should they prevail this November this would be a game-changer for our community,” said Holness. “Now we will have people who have a lived experience of being Black in America and will bring a different perspective to these issues. That gives us even more reason to vote and let the power of our vote be our voice.”

If approved by the Broward County Commission, a public hearing will take place on September 22 for public discussion and a final vote by the commission.

Earlier this week, Miami-Dade commissioners approve a similar measure, voting to proceed with setting up an independent panel to which residents can file complaints against police officers they believe have wronged them.