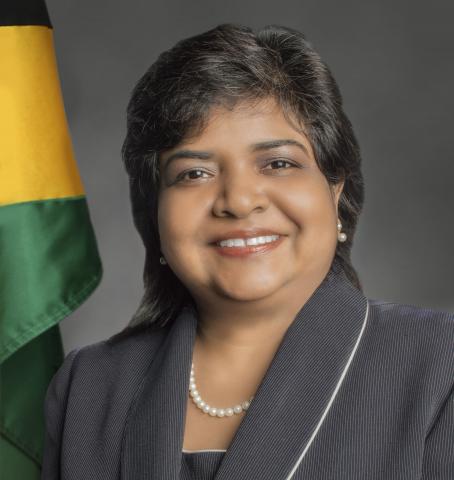 Jamaica’s Foreign Affairs Minister Kamina Johnson Smith has announced the appointment of a new ambassador to the Caribbean Community (CARICOM).

In a statement on Friday, Johnson Smith said that Janice Miller has been appointed as Jamaica’s Ambassador to the regional grouping, effective June 20.

“I am pleased with the appointment of Ambassador Miller, whose commitment to realising the goals of regional integration is laudable. She is a seasoned diplomat who is fully equipped to seek the best for both Jamaica and Caricom in negotiations and deliberations, in particular, at the Caricom Committee of Ambassadors. Ambassador Miller has come full circle, so to speak, having begun her professional journey at the Caricom Secretariat,” the minister said.

In her virtual presentation of Letters of Credence to the Caricom Secretary-General Ambassador Irwin LaRocque, Ambassador Miller said, “I am determined to amplify Jamaica’s commitment and vision for the region’s success. More can be done to deepen integration and to strengthen mechanisms within Caricom, and I am looking forward to contributing to the work at hand.”

Miller, who was, up to her appointment, the under-secretary for bilateral, regional and hemispheric affairs at the ministry, returned to Jamaica in 2020 upon completion of her tour of duty as Jamaican High Commissioner to Canada (2014-2020).

Miller is a Chevening Scholar who pursued the Foreign Service Programme at Oxford University. She holds a Masters of Philosophy degree in International Relations from The University of the West Indies, St Augustine.

Her Bachelor of Arts (First Class Honours) is in history, French and politics from The University of the West Indies, Mona. She has also received training in public administration, policy analysis and strategic planning.