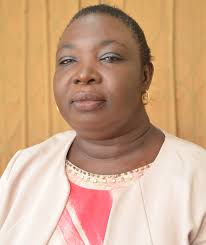 Guyana is to launch a national project aimed at reducing the suicide rate the country.

Guyana has one of the highest rates of suicide worldwide with the World Health Organisation (WHO) in a 2014 report noting that the rate here is five times higher than the world average, putting the country at the top of the list with 44.2 per 100,000 people.

Director of the Mental Health Unit, Dr. Util Richmond-Thomas said that due to the alarming number of self-harm cases, the decision has been taken to launch “The National Self- Harm Surveillance” project in July.

“If we can get the majority of self-harm and depression cases treated, we can drastically reduce the suicide rate,” she said.

Richmond-Thomas added that all cases of self-harm must be reported to the Mental Health Unit within one week of presentation.

She said once reported, the patient will then have to see a psychiatrist and that each case will receive psychotherapy by a psychologist and then followed up by a social worker until they are no longer high-risk patients.