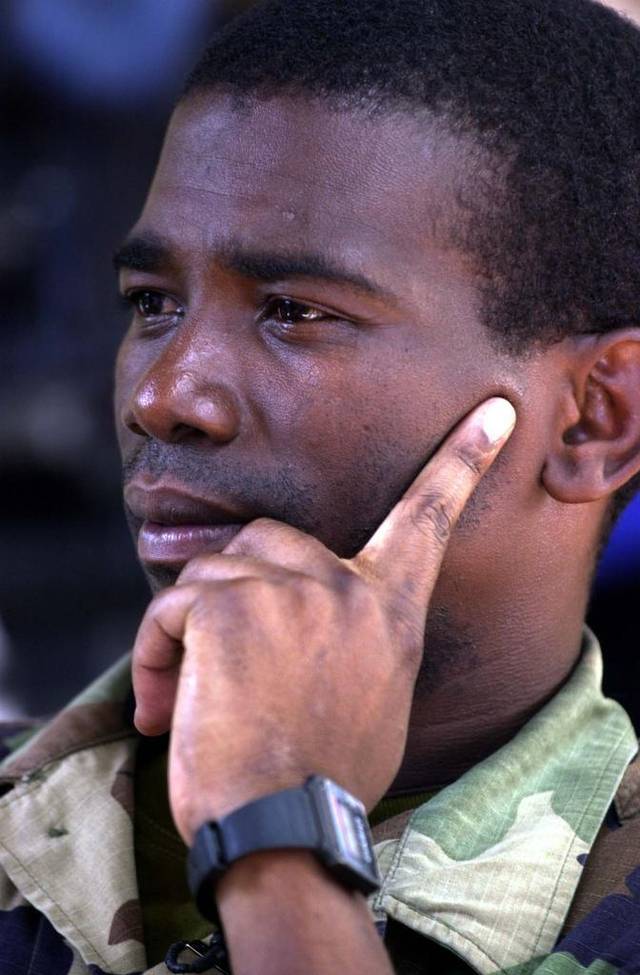 Guy Phillipe, the leader of a 2004 coup in Haiti that toppled President Jean-Bertrand Aristide has been jailed for nine years in the United States for conspiracy to launder drug money.

He was arrested earlier this year in Haiti after taking part in a live radio show and extradited to Florida.

In his guilty plea, he admitted taking bribes to protect narcotics shipments to the US while he was working as a senior police officer.

The US justice department said Philippe had shared some of the money that he was paid in bribes with fellow police officers, to buy their silence.

Charges of drug-trafficking, which would have incurred a lengthier sentence, were dropped as part of his plea bargain.

Philippe was arrested in January, days before being sworn in as a senator in Haiti, which would have given him immunity from prosecution.

While he first pleaded not guilty, he changed his plea to guilty in April in exchange for a reduced sentence.