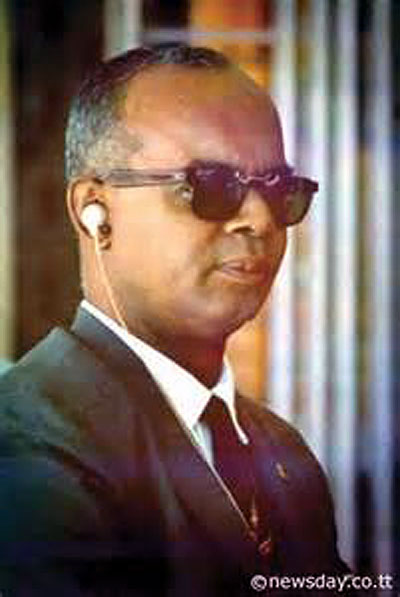 The 19th Annual FIU Eric Williams Lecture “Do Black Lives Matter in the Age of Trump” is coming to Miami.

He will also discuss the effect of the Trump Administration on the welfare of black people.

He is currently the Distinguished Professor of Education at the UCLA Graduate School of Education and Information Studies,  and is a regular commentator on CNN, MSNBC, and NPR. Elected to the National Academy of Education, Noguera has garnered several prominent awards for his research and advocacy efforts aimed at fighting poverty.

Dr. Noguera is the author of several books.

His groundbreaking study Capitalism and Slavery, popularly referred to as The Williams Thesis, arguably reframed the historiography of the British trans-Atlantic slave trade  and established the contribution of Caribbean slavery to the development of both Britain and America. The book continues to inform today’s ongoing debate and remains “years ahead of its time…this profound critique is still the foundation for studies of imperialism and economic development,” according to the New York Times.

Eric E. Williams led TNT to independence from Britain in 1962, and Republicanism in 1976. He remained prime minister for a quarter of a century until his death in 1981.

The Lecture, seeks to provide an intellectual forum for the examination of pertinent issues in Caribbean and African Diaspora history and politics.

The supporters of the Lecture include the Eric Williams Memorial Collection Research Library, Archives and Museum at the University of the West Indies (Trinidad and Tobago campus), which was inaugurated by former U.S. Secretary of State, Colin L. Powell in 1998. It was named to UNESCO’s prestigious Memory of the World Register in 1999.

Books by Eric Williams and Pedro Noguera will be available for purchase at the Lecture.

For information on a previous Eric Williams lecture at FIU, visit the following link: https://www.caribbeannationalweekly.com/news/local-news/17th-annual-fiu-eric-william-lecture-addresses-us-cuba-accord/