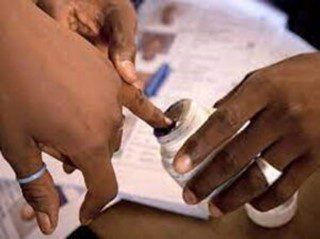 An estimated 50, 933 people are registered to cast ballots in Friday’s general election that Prime Minister Dr. Timothy Harris was forced to call three years ahead of the constitutional due date following the collapse of his coalition Team Unity administration that had won a second consecutive term in office in June 2020.

Supervisor of Elections, Elvin Bailey, said that 34 candidates representing six political parties are contesting the polls which opened at 7.00 am (local time) and will close 11 hours later. There is one independent candidate.

Harris’ People’s Labour Party (PLP) is one of the six parties with the others being his former coalition partners, The People’s Action Movement (PAM) and the Nevis-based Concerned Citizens Movement (CCM).

The main opposition St. Kitts-Nevis Labour Party (SKNLP) The Nevis Reformation Party (NRP) and the Moral Restoration Movement (MRM) are all contesting the 11 seats in the 15-member Parliament. The other four seats in the legislative chamber will be filled by persons nominated by the Governor General following the polls.

The 2020 general elections was held in the height of the coronavirus (COVID-19) pandemic and the travel restrictions led to a significant number of nationals residing overseas being unable to cast ballots. The restrictions remain in place.

According to the official figures issued here, while 48, 076 people had been registered to vote, only 28, 032 votes were cast or 58.31 percent of the electorate, making it the lowest turnout in the previous three elections for the twin-island Federation.

The polls are being monitored by observer teams from the Organization of American States, whose members flew into the Federation on Tuesday, while the six-member Caribbean Community (CARICOM) arrived on Wednesday.

On Thursday night, Fire and Rescue Services responded to a call regarding a fire at the Electoral Office that turned out to be untrue.