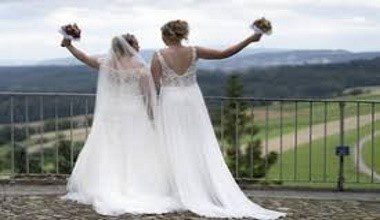 Legislation has been tabled in Britain’s Upper House which could make same-sex marriage lawful in six British Overseas Territories, including Bermuda, where it was allowed for a time but is now banned.

The legislation, if approved, would make same-sex marriage lawful in Bermuda along with Anguilla, British Virgin Islands, Cayman Islands, Montserrat, and Turks and Caicos Islands.

The second reading of the bill – when it would be debated – has yet to be scheduled.

Same-sex marriage was legalized in Bermuda in May 2017 by a Supreme Court judge as a result of a legal action that found that the island’s Human Rights Act had guaranteed same-sex couples the right to wed.

Legal action opposing the legislation was launched, and in 2018 the Supreme Court found that the ban on same-sex marriage was unconstitutional.

As a result of the ruling, same-sex marriages were able to resume.

The government appealed the decision to the Court of Appeal and later to the Privy Council in London, Bermuda’s highest court, which in March found in favour of the Attorney-General by a majority 4-1 decision, which allowed same-sex marriages to be halted again.

The government has since passed amendments to the legislation to confirm that the marriages of same-sex couples who wed during the five-year legal battle would be recognized.

Lord Cashman, a co-founder of LGBTQ+ organization Stonewall, said on Twitter: “Recognizing none of us are equal until we all are equal. Together. Only together.”

Explanatory notes said the bill would “empower the Governor of each Territory to make changes to the law in the Territory to recognize the lawfulness of same-sex marriage and allow for the solemnization of marriage of same-sex couples”.

The notes add that the bill would also protect individuals and religious organizations who do not want to conduct or participate in same-sex marriage.

The explanatory notes said that parliament was able to enact primary legislation for any of the British Overseas Territories.

“As the UK government has recognized, it ‘has responsibilities towards the people of the Territories and, whilst it ‘acknowledges the sensitivity of this area of work’, it ‘believes that those living in the Territories have a right to expect the same high standards of governance as in the UK, including in the areas of human rights,” the explanatory notes added.

“This requires the UK to ‘promote the political, economic, social and educational advancement of the people of the Territories, to ensure their just treatment and their protection against abuses’

“By legislating to make same-sex marriage lawful in the six Overseas Territories, parliament will ensure that same-sex couples receive equal treatment and are protected against discrimination on the grounds of sexual orientation.”

It is understood that by mid-March this year, there had been 33 same-sex marriages on the island since 2017 and 10 on Bermuda-registered ships.

The original Supreme Court decision in 2017 came in a judgment by Puisne Judge Charles-Etta Simmons after Bermudian Winston Godwin and Greg DeRoche, his Canadian partner, litigated against the Registrar-General for refusing to post their wedding banns.

Despite their landmark victory, Godwin and DeRoche chose to marry in Canada.

Bermudian lawyer Julia Saltus and her Ghanaian-American partner Judith Aidoo were the first gay couple to wed in Bermuda.