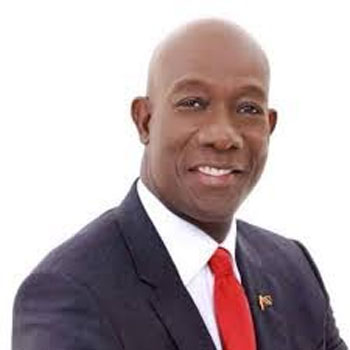 Trinidad and Tobago and US pledge to combat terrorism

The Governments of Trinidad and Tobago and the United States have reiterated the need to continue working together to combat acts of terror against innocent citizens.

This collaboration was discussed during a meeting in Port-of-Spain on Monday between Prime Minister Dr. Keith Rowley and the Commander of US Southern Command, Admiral Kurt Tidd.

The discussions focused on a number of areas which have been identified as important for the continued development and enhancement of the relationship between Trinidad and Tobago and the United States.

Rowley, took the opportunity to express his sympathy to the US in the wake of the recent terrorism attack in New York and the mass shooting in a Texan church on Sunday.

Admiral Tidd also commended Trinidad and Tobago’s efforts to treat with radicalization which he said plays a role in these types of incidents.

The admiral also addressed the issue of money laundering and spoke about its connection to terrorist and other organized criminal activity, stressing the need for collaboration to eradicate these types of crimes.

It was agreed that Trinidad and Tobago and the United States will continue to work closely together to dismantle drug smuggling networks.

The provision of training in Information Communications Technology, cyber crime and specialized aircraft to assist in the fight against crime was also discussed.

For a recent article on terrorism and Trinidad and Tobago, click the link: TT Government concerned about UK travel advisory