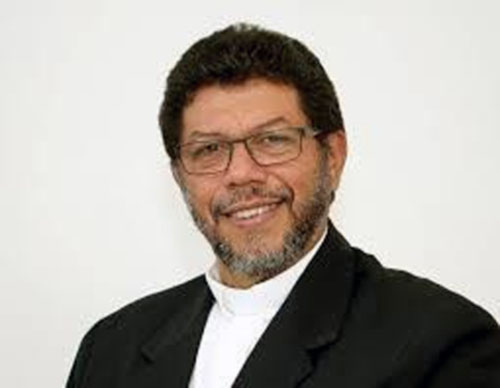 The new Archbishop of Trinidad and Tobago born Bishop Charles Jason Gordon, of the Diocese of Bridgetown, Barbados, has been named as the 13th Archbishop of Port-of-Spain.

News of the appointment was made on Thursday of this week by Pope Francis 1.

Bishop Gordon, 58, has replaced Archbishop Joseph Harris, who submitted his letter of resignation to the Pope on that Bishop’s 75th birthday earlier this year.

He is the third Trinidadian to lead that country’s local Catholic Church following Archbishop Harris and the late Archbishop Anthony Pantin.

Gordon was consecrated Bishop of Bridgetown and Kingstown

(St Vincent and the Grenadines) on September 21, 2011, a week after Archbishop Joseph Harris was ordained Co-adjutor Archbishop of Port of Spain. Responsibility for the Diocese of Kingstown was later reassigned in 2016 with the ordination of Bishop Gerard County.

The new Archbishop of Port-of-Spain was ordained a diocesan priest in March 1991 at the age of 32.

Earlier this year, Bishop Gordon was elected Vice President of the Antilles Episcopal Conference, the regional body of Catholic bishops for the English, Dutch and French-speaking Caribbean territories.