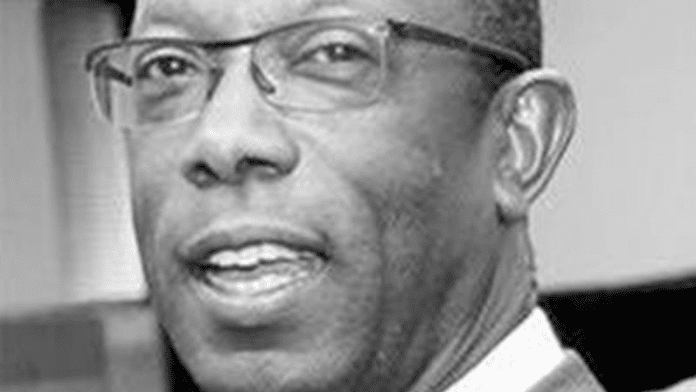 PORT OF SPAIN, Trinidad  – A High Court Judge has set January 16 next year as the date for sentencing Jamaican-born British Queen’s Counsel, Vincent Nelson, who pleaded guilty to his role in the high profile case involving a former attorney general and an opposition legislator.

During a two-hour in-camera session on Thursday, Justice Malcolm Holdip accepted the plea agreement deal between the Office of the Director of Public Prosecutions (DPP) and Nelson, who was indicted on three counts of conspiring to commit money laundering, misbehavior in public office and conspiracy to commit an act of corruption.

The charges are related to the alleged kickback of millions of dollars (One TT dollar=US$0.16 cents) in legal fees to former attorney general Anand Ramlogan and attorney Gerald Ramdeen as a “gift” for receiving State briefs. Nelson will now be the state’s witness in the case.

Earlier this week, in his application to have the matter heard without the presence of the media, the DPP, Roger Gaspard said Nelson would have agreed to turn state witness against Ramlogan and Ramdeen and that since the charges against all three arose from the same factual origin, there was “some symmetery” in Nelson’s case and the case against the other two.

“That type of symmetry makes for a heightened degree of sensitivity as far as the carriage of this and those related matters,” he said, adding “one has to be especially careful to ensure that nothing is done to attract the issue of adverse pre-trial publicity for any of the subjected related parties”.

The judge accepted the plea agreement and in accordance with section 26 of the Criminal Procedure (Plea Discussion and Plea Agreement) Act, and Nelson will now be sentenced on January 16.

In accordance with the provisions of the recently-proclaimed Criminal Procedure (Plea Discussion and Plea Agreement) Act, certain steps are to take place before the judge signs off on the agreement.

These include the disclosure by the prosecution the substance of and reasons for the agreement and before accepting it, the judge has to ensure an accused was not induced to enter the agreement and knows of the consequences of it.

The judge also has to ensure that the agreement is justifiable.

Ramlogan and Ramdeen are to re-appear in a magistrate’s court on June 28.