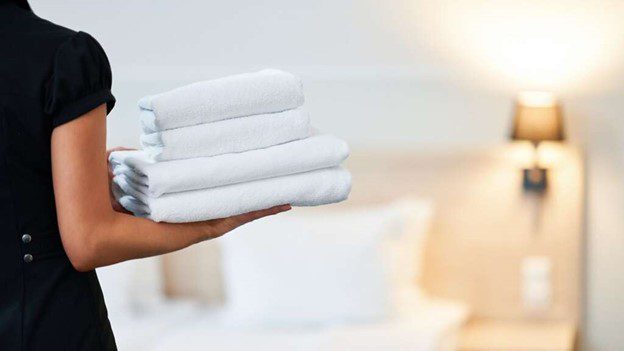 A St Vincent and the Grenadines hotel worker who stole money from a member of an Indian delegation during its recent official visit to the island was spared spending time in prison after her lawyer made a last-minute plea for her not to be jailed.

“Get yourself up and start all over again. It will be very hard because people judge you by your past. The sentence of this court is four months imprisonment,” Magistrate Bertie Pompey told Maruth Francois, 23, at the Mesopotamia Magistrate’s Court.

However, her lawyer, Grant Connell, who quoted Mahatma Gandhi in his effort to shield Francois from prison, told the court he knows of a pastor who could be called upon to help to rehabilitate Francois and possibly find her a job so she could reintegrate into society and start over.

“We are all humans and humans err,” Connell said as he asked the court to suspend the sentence.

However, the prosecutor, Corporal of Police Delando Charles said he agreed with his colleague, prosecutor Station Sergeant of Police Renrick Cato, who told the Serious Offences Court, that Francois should get a “short, sharp shock” of a prison sentence.

He said with a suspended sentence, even if Francois commits the simplest of offence, she opens the door to the jail.

“Only she has the keys, but she can get back on the right track.

But Connel told the court that the country would have to spend thousands of dollars to maintain Francois during four months of incarceration and added that “there are bigger thieves out there.”

On Friday, for the second time, Francois pleaded guilty to theft in connection with money stolen from a room at Beachcombers Hotel, she then pleaded guilty, at the Serious Offences Court, to a charge that between May 14 and 19, she stole US$1,140, the property of Anju Sharma, of Suriname.

Sharma, who works at the Embassy of India in Suriname, traveled to St. Vincent and the Grenadines as part of the advance party that arranged the visit of the President Ram Nath Kovind of India.

The St Vincent and the Grenadines hotel worker was employed at the laundromat and as a room attendant at the hotel, was assigned to clean Sharma’s room during her stay.

On missing the money, Sharma reported the matter to the hotel’s management.

The lawyer said Francois is now jobless “she has to rebuild from this error. She has expressed remorse and told me personally that she would have issued a personal apology to Sharma if she were here.”