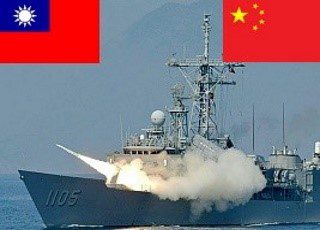 Haiti, one of the few Caribbean Community (CARICOM) countries, to have established diplomatic relations with Taiwan, has expressed its “deep” concern at the decision by China to conduct live-fire military drills around the island.

Beijing had been conducting the drills in protest against the decision by the Speaker of the United States Congress, Nancy Pelosi, to visit Taipei, despite repeated warnings from President Xi Jinping not to do so.

China regards Taiwan as a renegade province and that one day the country will form part of the “One China” policy.

Haiti, which has maintained diplomatic relations with Taiwan since 1956, said it was “deeply concerned by the recent rise in tension observed in the Taiwan Strait due to the unprecedented military maneuvers carried out by the Armed Forces of the People’s Republic of China.

“This situation of tension supported by a threat of real use of force is potentially dangerous and risks compromising peace and security not only in the area of ​​the Taiwan Strait but also in the entire Indo-Pacific region.”

Haiti said it has always considered the Beijing-Taiwan dispute as a conflict that must be resolved through “frank and open dialogue between the two parties, in accordance with the rules of international law and the principles set out in the United Nations Charter.

“In a world already plagued by innumerable challenges, the international community must do everything to avoid a crisis in Southeast Asia.”

St. Vincent and the Grenadines Prime Minister Dr. Ralph Gonsalves, whose country also has diplomatic relations with Taiwan, is wrapping up a four-day official visit to the Asian country.

On his arrival on Sunday, the President of Taiwan, Tsai Ing-wen thanked him for paying an official visit to the country amid heightened tension across the Taiwan Strait.

Gonsalves had called on China to stop the military exercises, adding that China and Taiwan are “different legitimate political expressions of Chinese civilization,” and that he expects that these differences can be resolved peacefully over time”.