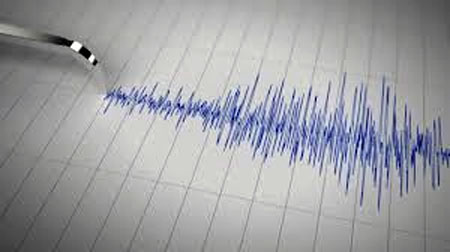 A powerful 5.7 earthquake was felt in sections of Trinidad and Tobago and as far north as St. Vincent and the Grenadines on Sunday.

The Seismic Research Centre at the University of the West Indies, St. Augustine campus, says the quake was felt around 11:00am, approximately 68 kilometers northwest of Tobago and 84 kilometers southeast of Grenada.

The Seismic Research Centre center says in the twin island republic the quake was felt in the towns of Arima, Carapichaima, El Dorado, San Juan, Barataria and Valsayn.

Elsewhere in the region, residents in St Vincent and Grenadines and Grenada reported feeling strong tremors.

So far there have been no reports of damage or injuries.

Another Earthquake recorded on Monday

Less than 24 hours on Monday, after an after-shock rocked sections of the twin island republic, another tremor has been recorded.

According to the University of the West Indies (UWI) Seismic Research Centre, the second earthquake was recorded just 41 kilometers west of Tobago and 60 kilometers north-north-east of Arima, shortly after 8:25 am (local time).

The Seismic Research Centre says the data, which was automatically located by a seismological computational system, is a preliminary result which may vary when new additional data are processed.

So far there have been no reports of damage or injuries from either quake.

For other quakes in the region, visit the link: quake rocks several Caribbean countries