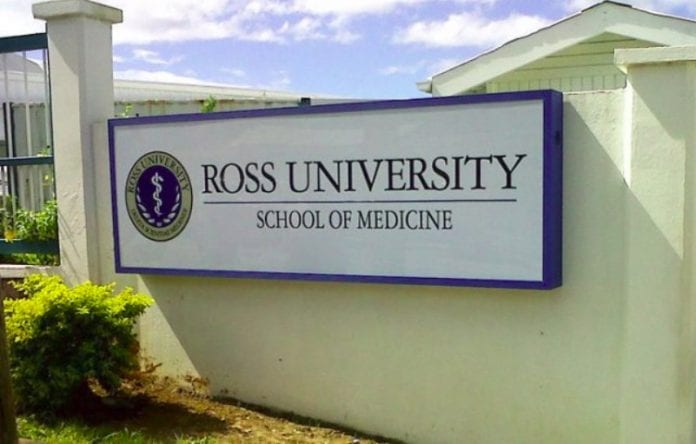 The Dominica government Friday confirmed that the US-owned offshore medical school, Ross University, would shut down its operations after 40 years saying that over the last 10 months it had explored all options with the university to keep it functioning there.

Prime Minister Roosevelt Skerrit said his administration had received formal notification of Ross’s decision a few days ago and on Friday, Adtalem Global Education, the parent company of Ross University, announced it would be re-locating to Barbados.

Adtalem Global Education chief executive officer, Lisa Wardell, said a partnership had been reached with the Barbados government to commence a university there by January 5 next year.

Barbados Prime Minister Mia Mottley said her new government would consider offering educational opportunities for Dominicans to pursue post-secondary studies in Barbados. “We believe we as a country in circumstances where we might be benefitting now not because of anything other than the circumstances of nature, that we would also like to consider and have the Cabinet consider offering Dominicans scholarships in Barbados at the post-secondary level.”

Skerrit’s announcement ended months of speculation as to whether the university would return to Dominica following the passage of Hurricane Maria last September. Ross had been forced to re-locate its operations to St. Kitts and the state of Tennessee in the United States.

“Since Hurricane Maria, the officials of Dominica have been in constant contact with officials from Ross to see how we could cushion the impact of Maria. Over the last ten months, we explored all options that one could think of in our discussions with Ross, At the end of the day, the officials of Ross, like any other business person, reserve and exercise the right of the shareholders and many interests to include but not limited to parents, students, faculty and sponsors,” Skerrit said.

He attributed Ross’s departure also to the passage of Tropical Storm Erika in 2015 noting that had it not been for these two weather systems, “there would never have been any consideration of Ross’s departure from Dominica. “Let us make it very clear that Ross loves Dominica and Dominica loves Ross,” Skerrit said pointing out that just about three years ago, the partnership agreement between Ross and the Dominica government was renewed for 25 years.

He said he is satisfied that Ross “tried everything” to remain in Dominica and because of their continued “love and connection with Dominica,” they had agreed to keep open the door for the return of several aspects of their multi-billion dollar operation.

He said government is now positioning itself to take advantage of such opportunities in the future.

“However, notwithstanding our understanding of the decision, we made the point to them that the 40 years of our association is not 40 days and it’s only fair that in any marriage of forty years, that if there is to be a parting of ways, there should be at least a sharing of the fruit of those forty years. Ross has agreed to this in principle and we are now at an advanced stage of negotiations as to how best Ross can thank Dominica for those forty years.”

Skerrit told the nation that his administration had made some very strong and reasonable suggestions that he hope would be accepted by Ross University.