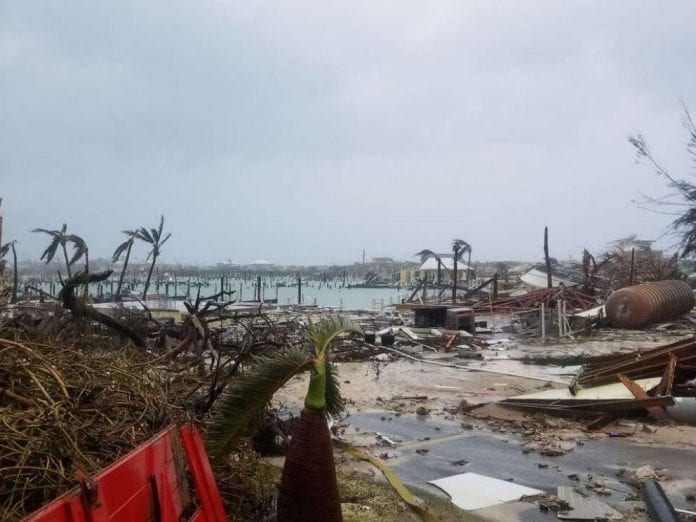 NASSAU, Bahamas, CMC – The Bahamas government said that the death toll from the onslaught by Hurricane Dorian climbed to seven and warned of more deaths as the storm made its away from the archipelago.

Prime Minister of The Bahamas Dr. Hubert Minnis, who toured the Abacos, one of the areas worst affected by the hurricane that pummelled the country with winds in excess of 180 miles per hour (mph) from Sunday, said two persons who had been rescued earlier, had died of their injuries.

He said the two had been among the 25 individuals who had been transported from Abacos to New Providence.

“I want to assure and inform the Bahamian population that we can expect more deaths to be recorded. This is just preliminary information,” he said, again appealing to persons not to post on social media videos showing the pictures of those killed.

“Let us have some compassion for the families of those who lost their lives. Let us pray for them. Please, I ask you to avoid sending or sharing images of those who perished in the storm. Let us act with compassion. Do not make the grief process worse for families by spreading pictures,” said Minnis, who is also a medical practitioner.

He told the news conference that part of Abaco had been “decimated’ by the storm.

“There is severe flooding, there’s severe damage to homes, businesses, other buildings and infrastructure. To give you a clearer picture of what was seen …the southern aspect of Abaco has suffered less devastation than the north”.

Minnis said that the Marsh Harbour facility had been severely damaged and the airport is underwater, adding “the runway is completely flooded, and in fact, the area around the airport now looks like a lake”.

He said the priority at this time is “search, rescue and recovery,” thanking all those first responders “who are acting with courage to save lives and to rescue those in need.

“We are seeing the courage of Bahamian volunteers who are coming to the rescue of others using whatever resources they have available. We are seeing the bravery and fortitude of Bahamians who endured hours and days of horror, fearing for their lives and the lives of their loved ones.

“Our urgent task will be to provide food, water, shelter, safety and security,” he said, adding that the residents of Abaco that the Royal Navy will be delivering food as of Tuesday night and officials from the National Emergency Management Agency (NEMA) will be continuing the exercise on Wednesday.

Minnis urged persons who wanted to provide assistance to do so through ”reputable” organizations such as the Bahamas Red Cross, NEMA and the Salvation Army and announced plans for a donor’s meeting to take place on Wednesday.

Minnis also disclosed that the Secretary-General of the United Nations with responsibility for Humanitarian Affairs will arrive here on Wednesday and that a Caribbean Community (CARICOM) delegation, including its chairman and St. Lucia Prime Minister Allen Chastanet, his Barbadian counterpart Mia Mottley and CARICOM Secretary-General Irwin LaRocque will arrive on Thursday.

He said he will also be speaking with Canadian Prime Minister Justin Trudeau on Wednesday regarding Canadian assistance to the country.

He said as a result of this “national crisis in our country’s history, the government will bring to bear every resource of state possible to help the people of Abaco and Grand Bahama or any other island nation.

“No effort or resources will be held back,” he said, again appealing to Bahamians, who could assist to help those disadvantaged by the storm.

“I am heartened by the number of calls received by Bahamians at home and from around the world who want to help,” he said, adding “it is important for us to continue to pray to God for the safety of all and those affected by this monster hurricane”.

The Miami-based National Hurricane Centre (NHC) said that the storm which has since weakened to a Category Two storm was now moving closer to Florida with maximum sustained winds of 110 mph.

“On this track, the core of Hurricane Dorian will move dangerously close to the Florida east coast and the Georgia coast tonight through Wednesday night. The center of Dorian is forecast to move near or over the coast of South Carolina and North Carolina Thursday through Friday morning,’ the NHC added. 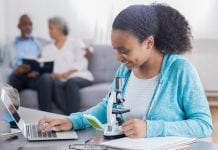