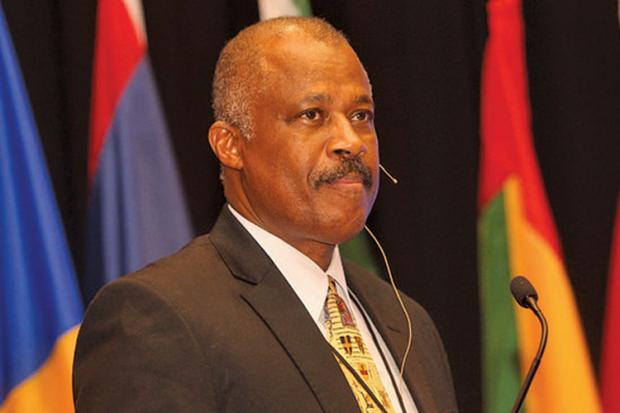 University of the West Indies (UWI) Vice Chancellor, Sir Hilary Beckles, is calling for greater economic equality in the island, particularly the continued marginality of the nation’s black population.
“The Barbados society in its current structure is not sustainable,” noted the famed historian during his lecture on 1816 slavery rebellion by Barbados’ national hero, General Bussa. Beckles argued that the economic and social structure of Barbados still retains the plantation dynamics of white supremacy and black marginality. Sir Beckles has dedicated himself to this cause
“There is, in Barbados, a division of labor which says that
the black community will occupy and control the politics and the white elite will control the economy,” said Beckles. “All of us as citizens of Barbados have to examine this model and transform it. It can only be done if the economic democracy movement is revitalized and insisted upon because, in my judgment, the young people of this island deserve a more democratic society.”
He assumed the office of Vice Chancellor of UWI on May 1, 2015. Beckles, who also served as chairman of the Caribbean Community (CARICOM) Reparations Commission, also argued that reparatory justice is essential for redressing the historic equality.
Earlier this year, he spoke at Oxford University in England about Britain’s debt to the Caribbean and reparations that should be made. He presented a 10-point plan to deal wit the issue. During his speech, he argued that “It is a renewed call for development co-operation between Britain and the Caribbean. It’s about Britain making a long-overdue contribution to the economic development of the Caribbean.” During Oxford’s 2014/15 year, Beckles was a part of the launch of their racial awareness and equality campaign. This came at time when the students of Oxford were campaigning for a more diverse student body and staff, on both administrative and academic levels.
Advertisement