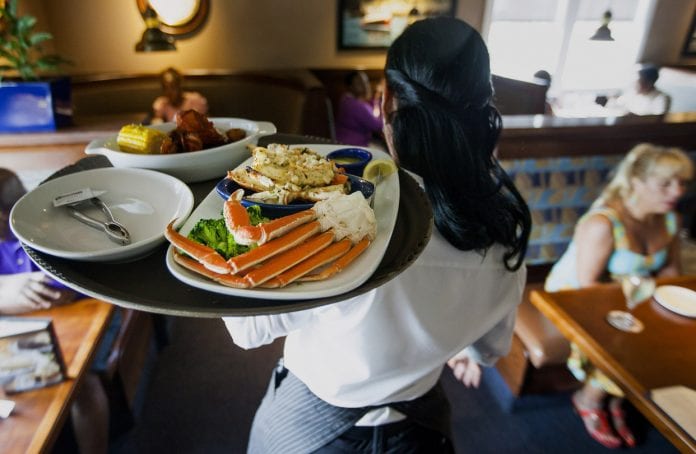 Caribbean-American workers in restaurants are speaking out in protest about corruption often surrounding low minimum wages for tip-based employees. Current Florida law requires a minimum wage of $5.03 per hour with tip-base pay, in contrast to the state’s minimum $8.05 per hour required for salaried workers. While most Caribbean-American independent restaurants in South Florida pay by salaries, many working in national branded franchises receive the tip wage minimum, leaving them struggling to make up through tips. Though restaurants are required by law to make up the difference if servers fall short of the minimum wage in tips, many say this often leaves them vulnerable to be shortchanged by their employers.

“The customers at the restaurant I work in Lauderhill are very stingy tippers. So this [always] causing friction between me and management every time I am to get paid” said Trudie Masters, a Jamaican-American waiter. Smith said most of the customers are “Caribbean people who mostly one-dollar tippers.”

Tipped workers are also particularly vulnerable when tips are pooled, says Check Nevers, A Palm Beach labor attorney. Though tip-pooling is legal, “the tip pool is a magnet for violations and disputes over the amounts collected in, and distributed from, the tip pool,” says Nevers.

“The pool has to be copiously managed to ensure workers receive their fair compensation and the pool is not shared with workers who received non-tipped wages.”

This is often what fellow Caribbean-American restaurant worker, Wesley Morais, 19, experienced as a busboy in a Miramar restaurant, where the tips are pooled.
“Sometimes I get tips up to $20 in a hour and have to put this in the pool, and only receive about $3.00 per hour,” says Morais.

Some restaurants seek to combat the uncertainty by requiring customers pay a 15 gratuity. But this is also a situation ripe for potential abuse, says Nevers, as some abusers may at the tip wage rates despite the automatic gratuity. He says workers must be aware that if their restaurant includes this service charge on customer’s bills, they are entitled to the full minimum wage rate. and not part minimum wage/part tip.

“And the important thing that restaurant workers need to know is that they always have recourse to any pay dispute or violation under the FLSA and Florida law,” says Nevers.