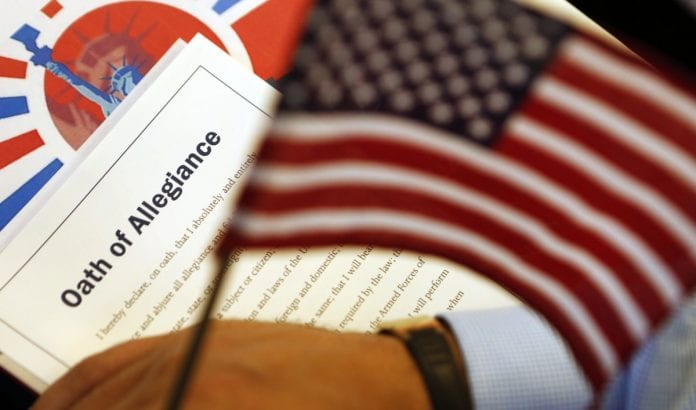 The USCIS announced last week that it plans to implement a revised version of the naturalization civics test to ensure that it “comprehensively assesses applicants’ knowledge of American history, government and civic values.”

The new test is required for all Residents who apply for naturalization on or after December 1, 2020.

The new test contains 128 questions in three categories — American government, American history, up from 100 in the current version and increases the questions from 10 to 20, requiring applicants to answer 12 out of 20 questions correctly, rather than the current 6 out of 10. Officers will now be required to ask all 20 questions, even though currently, an officer usually stops the test once the applicant has answered at least six correctly. The English test portion of the new naturalization test has not changed.

The new test is blatantly political, for instance, one of the civics questions asks applicants, “Who does a U.S. senator represent?”

There are, however, exceptions to the new test under the 65/20 Special Consideration rule for applicants who are 65 years old or older and have been living in the U.S. as a lawful permanent resident for 20 or more years.

The new test is slated to be effective for all naturalization applicants who apply on or after Dec. 1, 2020, however, experts predict that Biden will throw out Trump’s new test and go back to the original version.

You can read the USCIS  announcement and take a look at the new Naturalization Civics test Q & A by visiting our enewsletter site at: www.americanimmigrationcentral.com