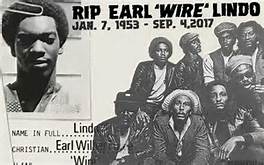 Earl ‘Wya’ Lindo, a keyboardist who was a longstanding member of The Wailers band, died at a London hospital on September 4 at age 64.

Lennie Chen, who manages The Wailers, confirmed the death in an interview with Caribbean National Weekly.

Chen did not give a cause of death but said Lindo had suffered “stomach issues” for some time. He was recently admitted to hospital after feeling ill.

Lindo started his career as a schoolboy at Studio One in the early 1970s. Some of the early songs of note he played on were Dennis Brown’s Money in my Pocket, produced by Derrick Harriott and Games People Play, a big hit for Bob Andy at Federal Records.

The late Wailer became an in-demand session player with the Now Generation Band that included fellow keyboardist Robbie Lyn and the Chung brothers, Mikey and Geoffrey.

Lindo recorded and toured with Marley during the 1970s when the singer’s career was in high gear. He played on Burnin’ and Survival, two of Marley’s albums for Island Records.

In an interview with American Mike Gorney, Lindo recalled what it was like working with Marley. “That was like original, authentic, kind of ingenious, the days of the genius, clouding up the studio. It was a real sensational thing. It was un-commercial to me. I mean, I flipped over it. I was crazy about it, but I didn’t know that there was any group that was experimenting. Doing experimental music. What do you call it –the hippie revolution”, he said.

The lanky musician had a long struggle with drug addiction which curtailed his career.

Chen said Lindo last played with The Wailers in March in London when the grouped toured the United Kingdom.