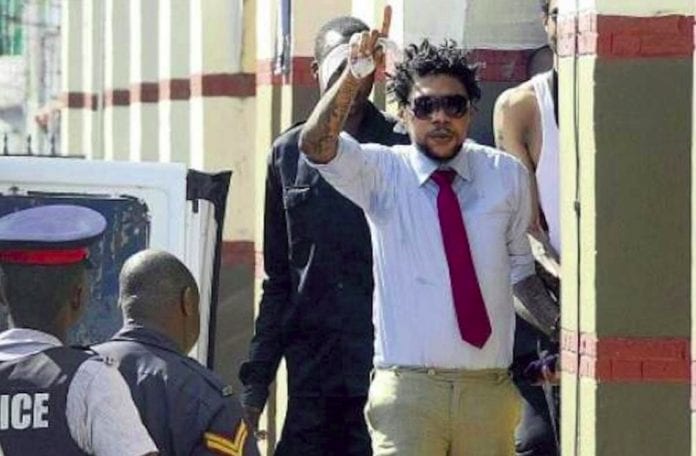 The cellular phone of incarcerated dancehall artiste Adidja ‘Vybz Kartel’ Palmer, which contained damning text and voice messages linking him to the murder of Clive ‘Lizard’ Williams, is currently being analyzed by an expert for possible signs of tampering.

Since 2020, Vybz Kartel’s defense team has been trying to gain access to ‘Exhibit 14C’ i.e. the cell phone which contained controversial voice notes linking the deejay to the murder.

The exhibit is among four evidential materials that the defense team had obtained permission from the Supreme Court to examine via a court order received on May 13, 2021.

The order, which was made by Justice Leighton Pusey, gives the defense permission to not only analyze the cell phone but a marked DVD containing a video of the murder, DVD with voice notes, and a compact disc.

The defense lawyers have blamed the police for altering the phone’s data and possibly concocting the damning message that was sent from the deejay’s phone.

Attorney-at-law Isat Buchanan, who is representing Palmer, said that the defense has always taken the position that there was “significant tampering” with cell phone evidence.

The items are to be made available to the defense examiner on the condition that the items do not leave Jamaica and that the examiner not tamper with or change the original exhibit or any material. The items are to be examined in the presence of an officer of the court and an expert from the Crown.

The court also ordered that the items should only be handled by an officer of the court and the approved examiner.

Vybz Kartel, along with fellow entertainer Shawn ‘Shawn Storm’ Campbell, Kahira Jones, and Andre St John, was convicted for August 16, 2011, murder of Williams in Havendale, St Andrew, but are seeking to have their life sentences overturned at the Privy Council.
“We are just awaiting the date for the appeal,” Isat Buchanan said.

Kartel was sentenced to 35 years before parole and St John, 30 years. The other two convicts were ordered to serve 20 years before being eligible for parole, but the accused each had two years shaved off their sentences following their appeal in 2020.