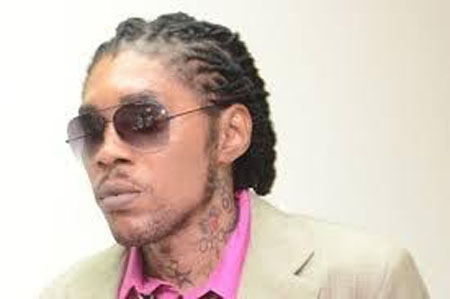 Imprisoned Jamaican dancehall entertainer Vybz Kartel will have to wait until July next year before the appeal against the life sentence which he is currently serving is heard.

The appeal hearing was originally scheduled for February 19 next year. However, following a case management hearing on Tuesday, November 7, his attorneys requested more time to prepare the appeal.

The hearing is now set to start on July 9, 2018 and will be heard over three weeks.

Kartel, a popular entertainer, whose birth name is Adidja Palmer. was convicted along with Kahira Jones, Andre St John, and entertainer Shawn “Shawn Storm” Campbell in 2014 for the murder of Clive “Lizard” Williams.The four men were given life sentences following a high profile trial.

Kartel will be eligible for parole after 35 years.

In his trial prosecutors alleged Williams was beaten to death at the Kartel’s  home in August 2011 after being lured there to answer for two missing illegal guns.  Williams body has never been found. Police testified they retrieved a text message from Kartel’s phone saying Williams was chopped up in a “mincemeat” so fine that his remains would never be found.