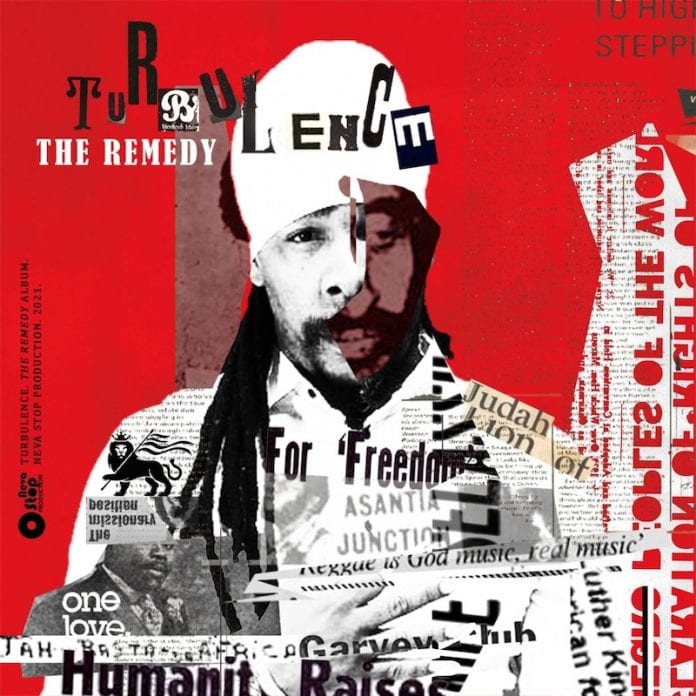 International reggae star Turbulence is back with ‘The Remedy’, a new 12 track digital album with hypnotizingly uplifting and emotional lyrics, backed by soulful reggae beats.

The production’s release was done by French group Neva Stop Booking on June 11. The 12 track reggae masterpiece features only one collaboration with Anthony B, titled ‘Defenders’, which was also the first promotional release for the production.

Turbulence, whose real name is Sheldon Campbell, says “the reason why it took me so long to release another album was because I already had so many albums out there, so in building anticipation, here goes ‘The Remedy’ on all digital platforms”.

High-pitched raspy vocals inflect to a soft and melodic tone as the singjay delivers through verses carefully to express the mood of each track, giving a commanding appeal to the listener. Perfectly mixed with sweet traditional reggae backing all but two tracks.

On ‘Let’s Go’, the album’s first song, one drop drums help to tell the story of a man encouraging his woman to pack up and go away in the name of love, despite her parents and family telling her to “leave the bobo man alone”. This leads to the album’s second track, ‘Celebration of Life’, an encouraging song, ideally suited for play when the spirit is down.

As the tracks play out from one to the other, elements of alternative and rock samples are evident, with inspirations from familiar songs lyrically touched by Turbulence’s roaring signature sound.

Music videos for select songs will complement the album’s release over the next few months.