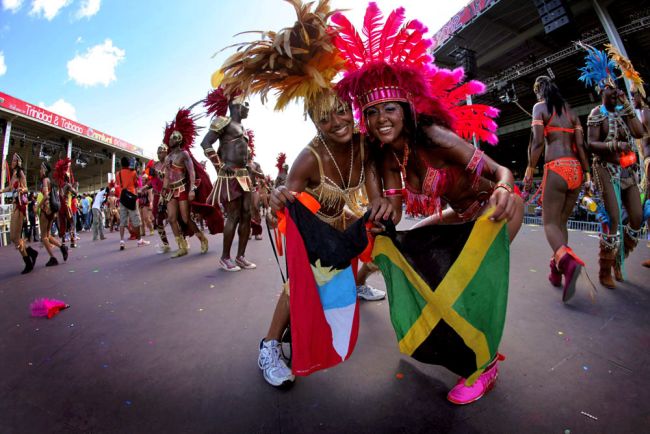 Don’t dare miss the party of the season as the legendary Miami Broward Carnival gets set to celebrate 31 years on Sunday, October 11, from 11 am to 11 pm, at the Miami-Dade Fairgrounds. As if you need any more reasons, check out this year’s list of hot attractions set to make this year the best carnival ever.

Star of the hottest film this summer, Marcc Rose, will be leading the day’s festivities while representing his own Caribbean roots loud and proud. “It is an honor to serve as grand marshal for Miami Carnival representing Trinidad & Tobago. Culture is everything to me,” says Rose. “It’s who I am, so I feel blessed to be able to represent and celebrate my Caribbean heritage.”

The Hottest DJ Line-up ever

No Carnival is complete without some serious firepower at the DJ deck, and this year’s guaranteed to be blazing with Dynasty, SoSo, 99 Jamz-DJ Waggy T, Renny, Supa Trackz, Choice-One, Rude-Deck and Barrie Hype. “Whenever I touch the stage for Miami Carnival, it feels comfortable, feels like home,” says Ricardo Drue. “When it comes to my performance, the people can expect a lot of fun and energy.”

Miami Broward Carnival is the last major North American event on the carnival circuit, leading up to Trinidad and Tobago Carnival in 2016. And this year’s parade of masqueraders will make sure the festivities end with a bang, with 19 bands working all year on their portrayals and costume designs. And the hard work shows – Miami Carnival was voted one of the top 100 events in South Florida by Bizbash.