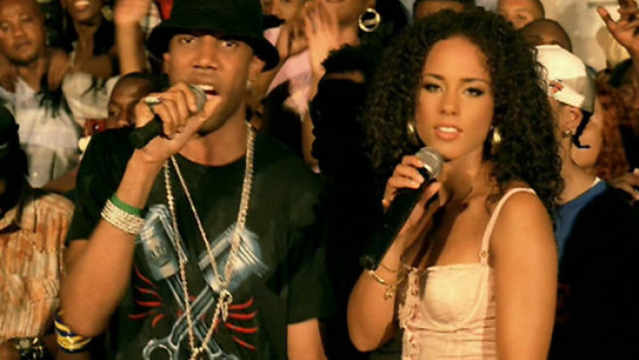 Some of the world’s most respected R&B acts have been drawn to the dancehall genre and have reached out to Jamaicans for collaborations; one of the most creative and entertaining ways for people of different likes and interests to connect.

Collaborations between the varying genres of music are one such way creativity is met. In fact, fans of music and stans of artists these days actually demand collabs from their favs.

Collaborations also help to introduce an artist to a new set of listeners that they may otherwise, not have access to.

These three playlist-worthy collaborations between R&B and dancehall are among the most classic and most loved by dancehall and R&B fans alike.

In 2019, Grammy-winning R&B/pop songstress Mya, who is known for making hit collaborations, recorded the song ‘Handsfree’ with dancehall dancer turned artist Ding Dong on the ‘Sexting Riddim’. The rhythm’s bright and sexy dancehall vibe with Mya’s sweet and soft vocals give an ideally fused result of both genres intrigue. This club and radio banger also has an accompanying video that was filmed in Jamaica with beautiful scenes and nostalgic club vibes.

‘Baby Boy’ by Beyonce and Sean Paul is the most commercially successful collaboration in the history of &’B and dancehall coming together. The 2003 mega-hit that launched Beyonce’s solo career spent several weeks at number one on the US Billboard Hot 100 chart and was the best-selling song on her debut album ‘Dangerously In Love’. The collaboration with Beyonce helped to propel Sean Paul to international stardom by triggering the interests of global music listeners.

It’s the most successful hit of his career, the remix to his song ‘Ghetto Story’ performed with Grammy-winning R&B sweetheart Alicia Keys in 2005. The accompanying video for the song got heavy rotation on BET and MTV while reaching number 77 on the Billboard hot 100 chart, giving Cham and dancehall international exposure.