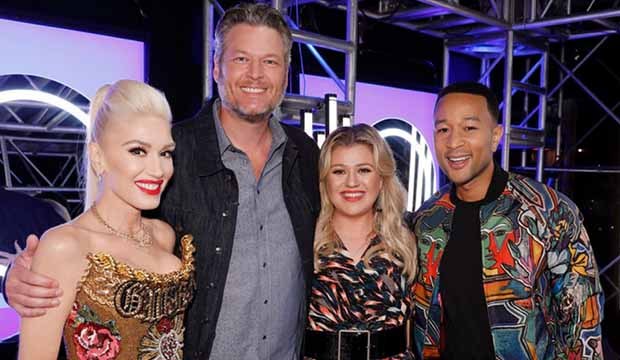 During COVID-19, many global citizens have turned to music, as specifically, reggae music to help them deal with the stress of the pandemic.

The coaches of the NBC US singing talent competition, The Voice, reunited recently to do a rendition of Bob Marley’s ‘One Love”, arguably the most popular reggae songs of all time, and one which is known to bring people together.

Coaches John Legend, Kelly Clarkson, Blake Shelton, and Gwen Stefani got together to cover the hit song, ahead of another season of the competition.

In the outdoor New York performance, John Legend stumbles upon a piano in the middle of the sidewalk with a note attached to it that says “Play Me”. Kelly Clarkson later pops out from her upstairs window and lends her voice. Then Blake Shelton walks out the door, with his guitar, and his girlfriend Gwen Stefani joins the party of four.

Their rendition of Bob Marley’s “One Love” sparked a feel-good vibe among social media users who continue to repost, and like the video.

Jamaica, heartbeat of the world ?? pic.twitter.com/wfsqoKxd1t

In 2013,  Jamaican singer Tessanne Chin had won Season 5 of the competition, as part of Adam Levine’s team.