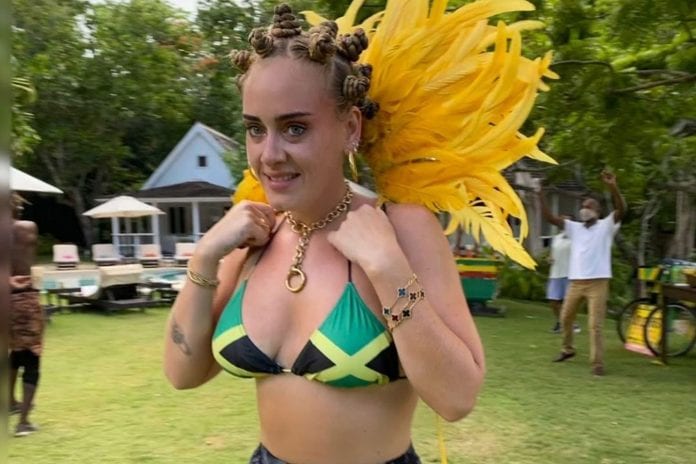 Yesterday, British singer Adele was accused of appropriating Jamaican culture after posting a rare bikini picture, which has since drawn tens of thousands of comments.

In the photo, Adele was dressed in a Jamaican bikini top, yellow feathers and tie-dye leggings, with her hair in Bantu knots- a popular African hairstyle, also known as “chiney bumps” in Jamaica.

The 32-year-old was celebrating the Notting Hill Carnival in London, which was scheduled for August 30 and 31, before the pandemic hit. Known as London’s “biggest street party,” the carnival celebrates West Indians and African cultures, drawing enormous crowds in the streets to dance and party. This was the first year, since the carnival began in 1966, that it was held virtually.

As her caption for the photo, Adele wrote: “Happy what would be Notting Hill Carnival my beloved London”, with the British and Jamaican flags.

But many people, particularly Blacks living in London and the United States, accused the singer of cultural appropriation. On social media, people raised the issue of Adele, a white woman, wearing Bantu knots, which is a cultural symbol from one that she doesn’t belong to.

Bantu knots, like other Black hairstyles, are an integral part of Black culture. And the origins and importance of many of these cultural symbols are often erased whenever they become popular with white communities.

But while some may have had a problem with Adele’s look, many Jamaicans were in support of Adele showcasing their culture, in what they called “cultural appreciation”.

Among the over 80,000 comments were Jamaicans who made it known that they were in support of Adele and others had blown her hair and outfit out of proportion.

“To all the ignorant non-Jamaicans dragging Adele for supporting the Jamaican culture, sit down! You don’t speak for us!”, said one supporter. Another person wrote: “I love it. As an ACTUAL Jamaican from the ACTUAL Caribbean, I love it! Its an appreciation of our culture.”

Many of the singer’s celebrity friends also approved of her look. Supermodel Naomi Campbell, whose mother was born in Jamaica, commented with two love heart emojis and two Jamaican flags.

The disconnect on an issue like cultural appropriation between West Indians and African-Americans or Black Britons is mainly because, in the Caribbean region, culture sharing is generally accepted and even encouraged, while abroad, those already contending with overwhelming racism battle aggressively on a daily basis to preserve and protect their blackness. 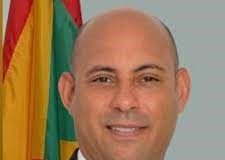