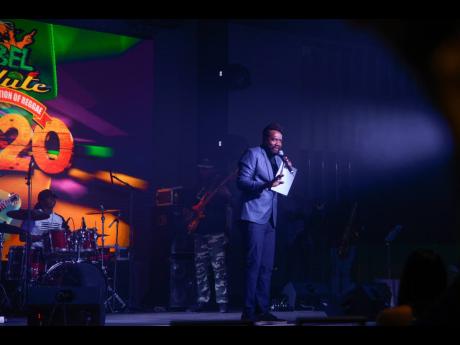 KINGSTON, Jamaica – The 27th instalment of Tony Rebel’s annual concert, Rebel Salute will take place on January 17 and 18, 2020, at Grizzly’s Plantation Cove, with a star-studded lineup on both days.

The event has become a beacon for the Jamaican diaspora, drawing Jamaicans and reggae lovers from around the world to celebrate good music and good vibes, in addition to Tony Rebel’s birthday (January 15). Promotors of the event noted that some 49% of its patrons are people that live overseas.

Tony rebel said that while Banton has expressed his interest in performing, nothing is set in stone as yet. “I can’t say for sure if he [Buju] will be there. I hope; He’s my brother. He asked me about the show a couple times, but we are yet to make the arrangements. But everything in life is possible,” Rebel said.

While the festival continues to grow, Rebel says that he has plans to make 2020 better than ever.

“This year we’re having an hour of comedy on Friday and on Saturday. We are having a sound system from Sudan experimenting on dubplates alongside Jack Scorpio. There will be two VVIP sections as well as an improved Herb Kerb, which continues to be a hit for those persons who are interested in marijuana and its products,” he .said.