Jamaican pop star Omi has released the video for his new single “Drop in the Ocean” featuring AronChupa.

The video, directed by Daniel Czernilofsky, follows up the 29-year-old Jamaican crooner’s previous smash “Cheerleader” — one of 10 biggest-selling tracks of 2015 and it’s follow up “Hula hoop”.

Check out the video below. 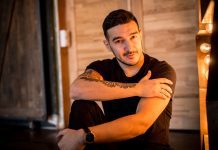