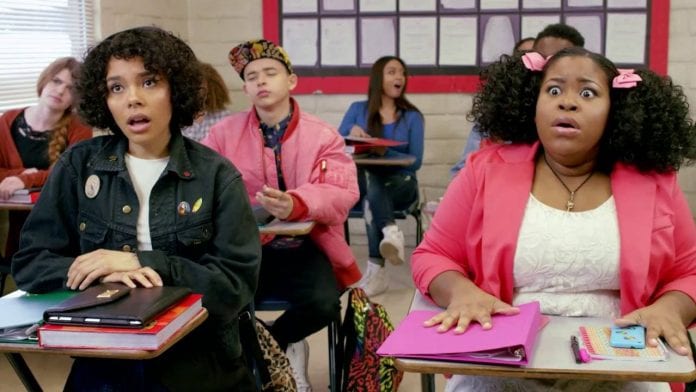 Miami-raised actress and filmmaker, Daheli Hall, has continued to make a name for herself by creating a short film for the Disney Channel called “The Exchange”.

In a move to get children ready for back-to-school, Disney Channel debuted 12 short films streamed online, on YouTube and other mobile Disney platforms.

Hall, born to a Haitian mom and a Jamaican, said that her culture inspired her and was part of the plot for the short film.

From a moumou wearing grandma and Haitian food staples like griyo, Hall said she saw the opportunity as a way to present Haitian culture to a mainstream audience. The plot follows a group of students who come up with an idea when their study abroad program is cancelled, a teen girl, Brijitte, suggests her classmates spend a week at each other’s houses. Inspired by wanting to change the mainstream views on Haitian culture, Hall decided to take action.

“For me Haitians have always had a very specific representation in the media. Either it’s something that tends to be negative or something we have to feel sorry about it,” she said.”I loved growing up in Miami,” said Hall.  “We would go to parties and there was all this music from like Tabou Combo and then you would get little songs like Tiny Winey…from soca music to Zouk, to konpa all happening on this weekend.”