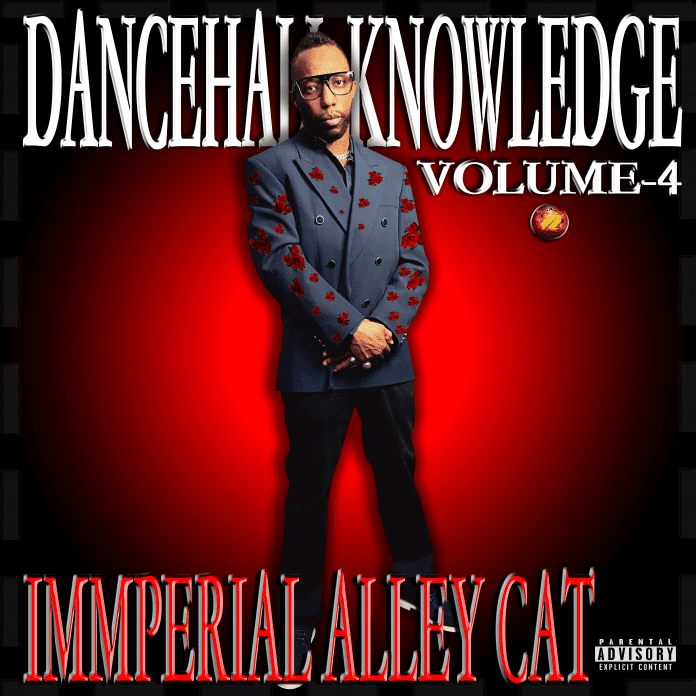 Albert Richards, known across the diaspora as Immperial Alley Cat has announced the release date for his fifth album in the dancehall genre.

The veteran artist and producer had hit records like ‘Why’ and ‘Hot Gal’ in the 1990s. His last full-length project, ‘Dancehall Knowledge 3’ was re-released in 2017. Alley Cat said that since then, he’s been working on mastering his craft.

“From the last album till now, I was just doing a lot of work behind the scenes,” he told CNW Network.

“I was touring, producing, and mastering the craft; just getting everything to another level. Nothing changed. A lot of singles were coming out so on this project, you can hear all the work that I’ve been doing.”

His upcoming album, Dancehall Knowledge 4 is set for release on March 18, 2021, and will be available on several digital music stores.

Dancehall artist Chico and Alley Cat’s daughter Nevaeh are the two featured artists on the project, on the tracks “Need the Cheddar” and “Buzzworthy” respectively.

Alley Cat says the overall collaborative process was great but was completely different for both featured artists.

“Chico did a good job on the song. I wasn’t in Jamaica when Chico voiced the song. So to know that I could be at a far distance and have him deliver the song perfectly was great,” he said.

On the other hand, “for ‘Buzzworthy’, within the household, I definitely directed my daughter through the process after I heard her tone of voice and how she sings. She came and she delivered properly. I did my little producer magic and it was great.”

Tracks on the album such as “Champion” and “No friend from them” are already trending on social media with positive remarks. Two other singles, “Money overload” and “Annointed” have official videos and have been doing well internationally, Alley Cat says.

The Immperial Productions recording artist says he is certain that this album is his best yet.

“Every album I try to top the one before. It’s like I’m running a competition with myself. So that’s why I say this is my best album yet; the knowledge and skills have grown, the writing has grown. Everything has gone to another level,” he said.

Throughout his 20-plus year career, Immperial Alley Cat has been known for his upbeat and positive dancehall songs. He says he hopes his fans will hear the growth in his craft when listening to this project.

Immperial Alley Cat is currently shooting music videos for some of the songs on the album. The project will be available on several digital music stores such as Apple Music, Amazon and Spotify for purchase.