Derrick Scott: Making a Joyful Noise to the Lord 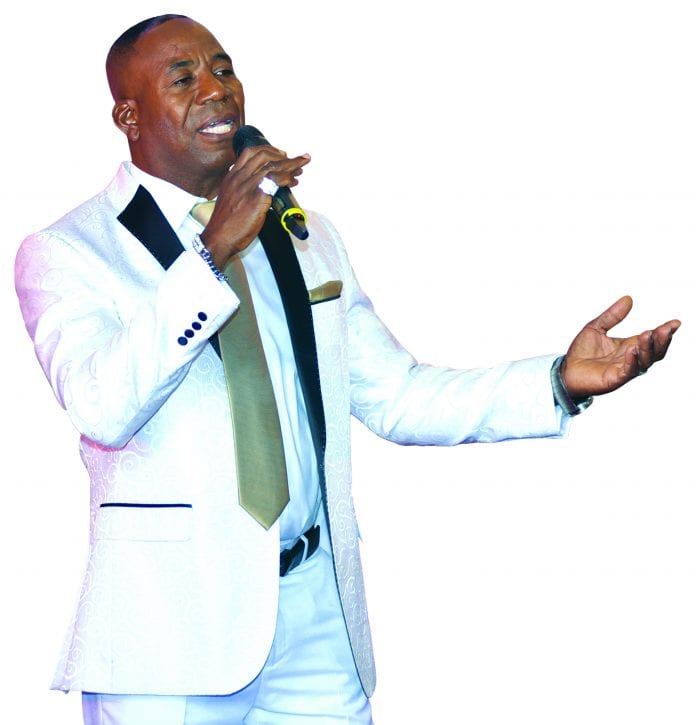 FORT LAUDERDALE – Since his conversion to Christianity 25 years ago, Derrick Scott has been making a joyful noise unto the Lord. He continues that spiritual journey with Mission Ablaze Live, his fourth album, which will be released on November 16.

The 12-song live set was recorded one year ago at Unity New Testament Church of God in Fort Lauderdale where it will also be launched during the fourth annual Mission Gospel Concert.

This is the Fort Lauderdale-based Scott’s fourth album. His previous effort, Gospel Truth, came out last year and contains some of the songs on ‘Mission Ablaze Live’.

This is the singer’s first live album and for Scott, the production process was enjoyable throughout.

“The difference when recording, you have the option to re-record and choose from different takes. I find recording easy, especially working in the studio with Willie Lindo,” Scott related. “When performing live with musicians who know your material, that is also easy.”

For Scott, the most gratifying aspect of making music is delivering the Word. Lindo, a veteran musician and producer based in South Florida, worked on Gospel Truth and assisted Scott in re-capturing the essence of last year’s show on which he was backed by the Mission Band.

Mission Ablaze Live includes songs like Since I Met You Jesus, a spin on soul singer Ivory Joe Hunter’s classic 1956 ballad, Since I Met You Baby. He also covers There is No Secret, a gospel gem made popular in Jamaica (as It is No Secret) by country singer Jim Reeves.

Scott was a big fan of soul and reggae music before he gave his life to God. He sees nothing wrong with translating secular songs in gospel form to get his message across.

“In some love songs they might be singing about a woman but if you switch it to God, it is even more meaningful,” he noted.

Derrick Scott was born and raised in Linstead, St. Catherine, a rural Jamaican market town immortalized in folk song. The area has produced a number of notable artists including singers Joseph Hill of Culture, Phyllis Dillon and his older brother Freddie McKay.

McKay, best known for songs like Love Is A Treasure, Picture on The Wall and Dance Dis Ya Festival, inspired Scott to pursue a music career that began as a deejay in the early 1980s. Shortly after migrating to South Florida, he found solace in Christianity and began singing to a different beat.

Preacher Nowadays and On A Mission are Derrick Scott’s other albums.