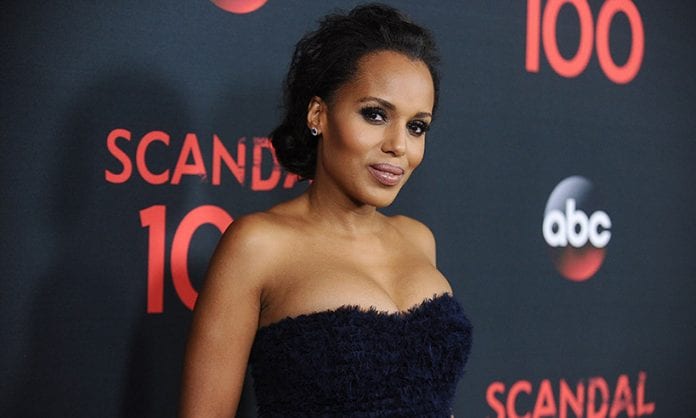 NEW YORK – Addressing the Jamaican Independence Gala at the Hilton Westchester Hotel in Rye, New York on Saturday, August 10, Jamaica’s Minister of Tourism Edmund Bartlett extended an invitation to the special honoree, actress Kerry Washington and her family to visit Jamaica during her next shoot break.

Bartlett, who was a special guest at the gala, had high praises for the Emmy and Golden Globe-nominated American born actress who is of Jamaican descent.

Washington was honored with an ‘Artistic Achievement Award’ at the black-tie event but was unable to attend in-person to accept the award. However, Bartlett extended the invitation for her to visit Jamaica to her parents who were present.

He especially praised the actress for the contribution she has made as part of the Jamaican Diaspora helping to propel and promote Jamaica not just in the United States but globally. He said through her trailblazing artistic endeavors Kerry Washington has made a significant contribution to tourism in Jamaica and by extension brand Jamaica.

At the gala, the actress’ parents read a letter from her apologizing for her absence and extending her appreciation for the award. She expressed being humbled to have been considered for the recognition and thanked the organizers, expressing regret that she was unable to attend in-person to accept the award, reiterating that “I AM JAMAICAN” to enthusiastic applause.

Kerry Washington was born in January 1977 in Bronx, New York to Earl and Valerie Washington. Her father hailed from South Carolina and her mother, a professor and educational consultant migrated to Manhattan, New York from her homeland Jamaica. Through her mother, she’s a cousin of former U.S. Secretary of State Colin Powell.

Accolades as an Actress

Washington gained worldwide public recognition for starring as Olivia Pope in the ABC-TV drama series Scandal (2012–2018). Her fame as an actress blossomed in 2004 for her role as  Della Bea Robinson, wife of musician Ray Charles, in the movie Ray. Since then she appeared in several other movies including:  as Kay in The Last King of Scotland (2006), Broomhilda von Shaft in Quentin Tarantino‘s Django Unchained (2012), and portraying lawyer/academic Anita Hill in the 2016 HBO movie Confirmation.

She won “Outstanding Actress in a Motion Picture” for Ray at the NAACP Image Awards in 2005.