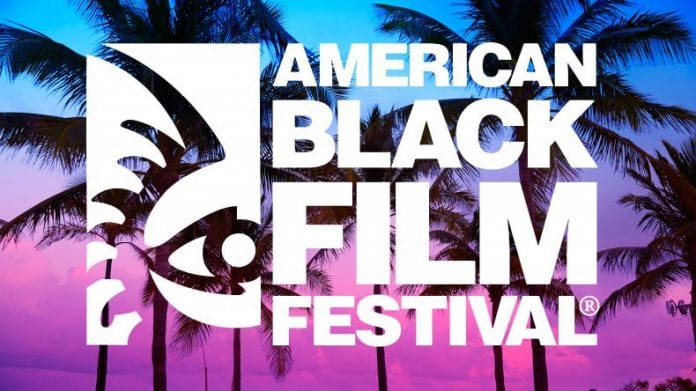 The 23rd annual American Black Film Festival (ABFF), in partnership with the Greater Miami Convention and Visitors Bureau (GMCVB), will close out its Festival with the annual Community Day Showcase on Sunday, June 16, 2019 at the Black Archives Historic Lyric Theatre, located in Overtown. The day includes a screening of films selected from the Festival’s Social Impact Showcase, a conversation with Steven Caple, Jr., and a collection of short films created by Miami based student filmmakers.

The ABFF Community Day has been an essential component of the Festival, as it provides the local South Florida community access to some of the talent and films that screened throughout the week. The day will include the following short film compilation from the Festival’s Social Impact Showcase. This year’s slate focuses on the narrative of Black Fathers and highlights the importance of their presence and contribution to the Black Family. Screenings will be followed by a Q& A with the film directors, moderated by Vanessa James and the lineup includes Amelia’s Closet, Training Wheels and Worlds from Home. An intimate conversation with filmmaker Steven Caple, Jr., the director of Creed II, will be moderated by Russell Motely, Editor-in-Chief of MIA and Legacy Magazine.

This event also provides a platform for local and student filmmakers from the Florida Filmhouse’s 1st Take Youth Film Program to showcase their films for the community.  This quarterly film camp is dedicated to teaching the underprivileged youth a career and life skills through hands-on coaching from Florida Film House. The program has become an outlet for at-risk youth to express their creativity, tell the stories of their community, flip the narrative, stay off the streets, as well as gain perspective to dream beyond the limited opportunities provided to them. Student films screening this year will be Battle of Love, Intimacy (into-me-see), The Silence of Being Bullied, and Crimes & Charges.

“We are happy to partner again with the Greater Miami Convention & Visitor Bureau team to expand the American Black Film Festival’s program into the Miami community. We hope the event will entertain and inspire people, particularly the young, who have ambitions of working in film & television,” says Jeff Friday, Founder & CEO of ABFF Ventures.

“The ABFF/GMCVB Community Day event is the grand finale to the Festival’s stellar line-up of screenings and workshops and provides an extraordinary opportunity for visitors and residents of the South Florida community to celebrate black film and entertainment.  “We are delighted to be a partner of this event and it is a perfect and unique Father’s Day outing for the family as well,” says William D. Talbert, III CDME, President & CEO of the Greater Miami Convention & Visitors Bureau (GMCVB).

“It is important that we highlight and promote all of Miami to our visitors and Festival attendees.  We are excited about the annual celebration and looking forward to the film screenings scheduled at the Lyric Theater located in historic Overtown.  We commend Nicole and Jeff Friday, along with the leadership team of ABFF, for their commitment to diversity by extending the Festival, as well as bringing films, celebrity buzz and additional local business engagement opportunities into our Heritage communities,” states Connie Kinnard, Vice President, Multicultural Tourism & Development of the Greater Miami Convention & Visitors Bureau (GMCVB).

In addition to Community Day, Capital One Spark Business will host “Coffee Talks,” a special and up-close conversation with celebrities and industry experts who will discuss hot topics in Hollywood and how to pursue careers in the music, film and television. The talks are moderated by The Grio’s, Cortney Wills. The Capital One Café will be open to the public June 13-15 from 10am – 1pm and from 3pm – 6pm.  The “Coffee Talks” schedule is as follows:

The American Black Film Festival (ABFF) is an annual event dedicated to empowering black artists and showcasing quality film and television content by and about people of African descent.

Committed to the belief that diverse artists deserve the same opportunities as their mainstream counterparts, ABFF founder Jeff Friday conceived the festival in 1997 as a vehicle to strengthen the black filmmaking community by encouraging resource sharing, education and artistic collaboration. He ultimately envisioned it as a cornerstone of diversity in Hollywood.

ABFF is the pre-eminent pipeline for black artists in front of and behind the camera and has significantly expanded the range of talent working in entertainment. For more than two decades the festival has been a platform for emerging black artists — premiering the early work and showcasing the talent of many of today’s most successful actors, producers, writers, directors and stand-up comedians.

As “the nation’s largest gathering of black film and television enthusiasts” the festival attracts a broad audience of A-list talent, emerging artists, upscale consumers and industry stakeholders. Approximately 7,000 to 10,000 people travel to Miami Beach each year for the event. The five-day festival opens with the premiere of an upcoming Hollywood release followed by independent film screenings, master classes, panels, celebrity talks, live entertainment, and a variety of networking and hospitality events.

US Legislators Want Declaration Made Regarding Guyana’s Election