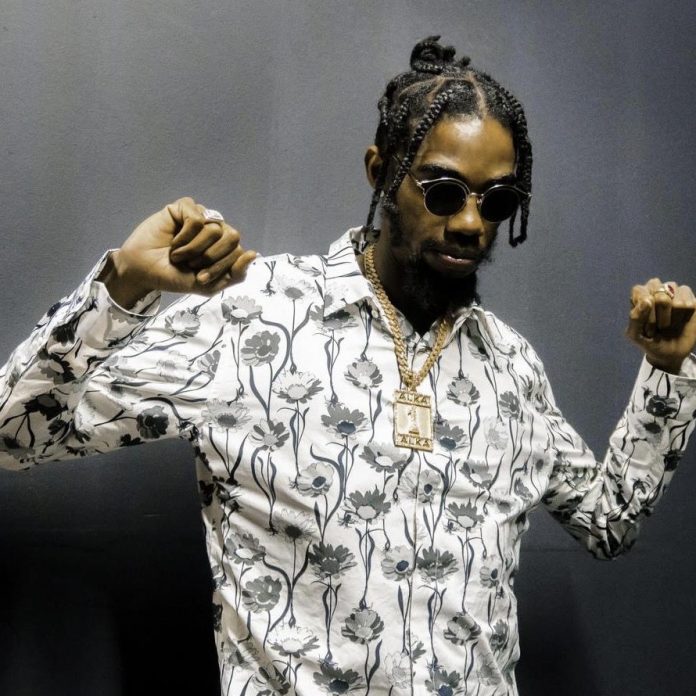 Vendetta fans are both amused and very much entertained with the release of Alkaline’s new track, ‘Sell Off’, which debuted on September 20.

The song, now trending at the top spot on Youtube in Jamaica, has dancehall lovers a buzz and possibly in confusion as to what the ‘Vendetta Boss’ has done with this new track.

The deejay’s tone and lyrical presentation are almost elementary; something outside of his general style known to be quick-witted and clever. His use of the word ‘swag’ and the term ‘sell off’, also brings back the nostalgic 2000s dancehall slang references. Some fans believe the artist is outrightly mocking his newer dancehall counterparts who are now trending with basic and almost nonsensical lyrical content.

In the track’s intro, Alkaline starts out by showing reverence to the almighty; “high up the above, God bless love, peace.” As if to say, this song is all in the name of fun. What he says after, however, has listeners scrambling to decipher: “check out mi swag, you know when you a win, anyting mi touch anyting weh man bring, that sell off… curry and kitchen and chicken and wing, airport stick ah bank robber choplin, dat sell off.”

One social media user commented, “Lowkey, man sound like him a troll Jamaican artist who only uses similes and no other puns or play on words in their music,” to which several fans agreed.

Though this song shows an easy-going approach to his hard-hitting catalog; the mentioning of “and if mi don’t see no better mi nah vote,” touches on an important topic of discussion where Jamaica’s government practices are now being questioned and heavily ridiculed.

In another verse, the deejay expresses how he feels about the constant lockdowns and what Jamaica would be like if he led the country. He singjays, “if government give me the country fi run, crime would a stop, dance till a mawning.”

Some fans also believe that the deejay could be inciting a feud with some of the upcoming artists in the genre, who may be offended by his imitation.

Listen to the song below: