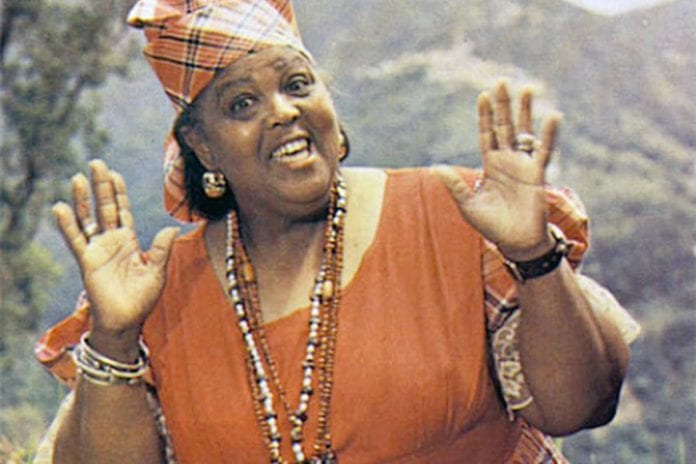 Jamaicans at home and in the diaspora can enjoy the 14th annual Louise Bennett-Coverley “Miss Lou” Reading Festival, which will be staged on virtual media platforms on Saturday, Feb. 6, starting at 2 p.m.

The event is titled “Tek Kin Teet Kibba Heartburn” will be held under the patronage of Jamaica’s Consul General Oliver Mair and will feature one of Jamaica’s popular cultural entertainer and comedian, Dr. Michael Abrahams, an obstetrician and gynecologist from Kingston.

The annual event has become a staple of the Broward Regional Library schedule of activities celebrating Black History Month.

This year, there will be a special tribute to the late Reverend Easton Lee, who recently passed here in South Florida.  Father Lee, as he was affectionately known, will posthumously be the recipient of the first Lifetime Cultural Award “Lionheart Award” presented by the South Florida Louise Bennett-Coverley Heritage Council.

This year’s featured artist, Dr. Michael Abrahams has gained popularity for his topical commentaries and humor. He uses humor to cleverly comment on social ills and everyday quirks and trends. His work has been described as similar to the work of Miss Lou, who was known as first lady of comedy and an avid social commentator.  He is also a weekly columnist with the Jamaica Gleaner and has written incisive articles on human rights, the treatment of women in the workplace, religion and about boys in pain.

The annual festival continues its tradition serving as a platform for conversations with other cultural artists and literary folks, whose readings were inspired by Miss Lou, the rich Jamaican cultural heritage and their folkloric experiences.

To participate in the virtual event, patrons must register at www.louisebennettheritage.com.

The LB-C Heritage Council is appealing for donations to support students pursuing the Arts at the Edna Manley School for the Visual and Performing Arts. The Council also awards scholarships to graduating students at the Louise Bennett-Coverley All-Age School tenable at Excelsior College. “We are mindful  ‘every mickle mek a muckle,’” said LB-C Heritage Council, Norma Darby.