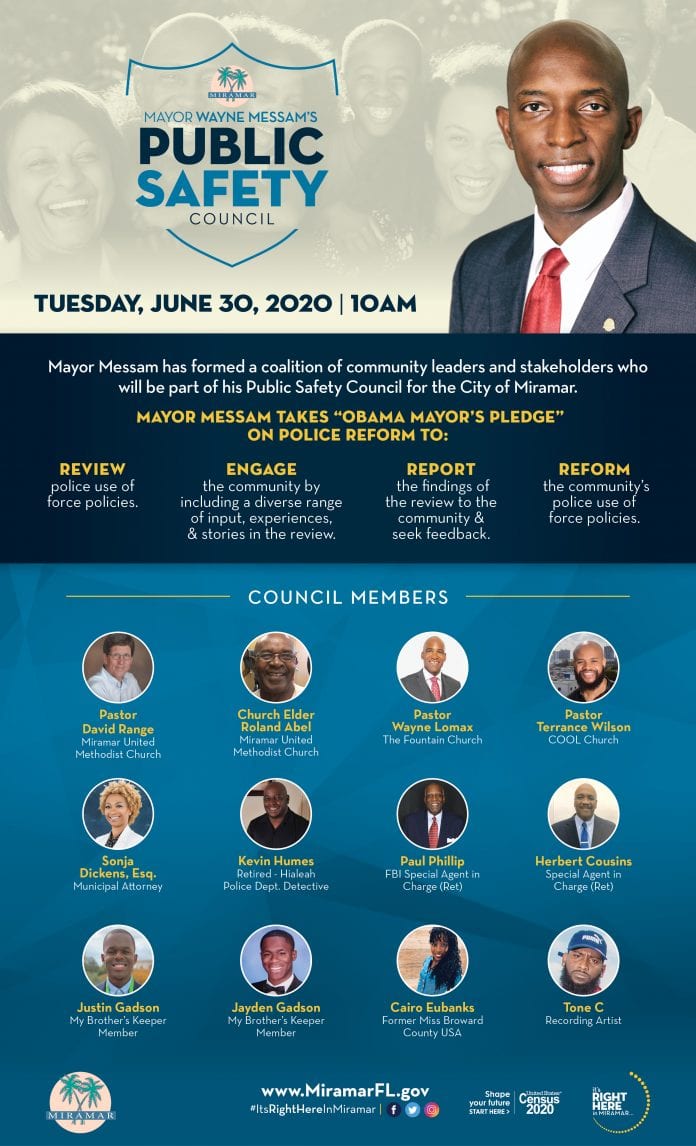 MIRAMAR, FL – Miramar Mayor Wayne Messam is taking up the challenge from former President Barack Obama to review police use of force policies.

On Wednesday, June 3rd Barack Obama held a virtual town hall event with young people to discuss policing and the civil unrest that has followed the killing of George Floyd by police in Minneapolis. He urged every mayor in the country to review the use of force policies with their communities and commit to report on planned reforms before prioritizing their implementation.

Mayor Messam stated, “I am pleased to be among the first mayors across the country to accept President Obama’s challenge to review our police department’s use of force policies. I am optimistic that with the full support of the Miramar Police Chief as well as the Miramar Commission, we will be able to engage in open dialogue with our community and provide greater oversight of police procedures.”

Mayor Messam continued, “The City has made significant strides in ensuring accountability by the Miramar Police Department, including improved diversification of the command staff and police force and the implementation of body-worn cameras. However, there is still more work to be done. My number one priority is to ensure public trust between our residents and our police department.”

As part of the pledge, mayors have been asked to commit to the following actions:

More information can be found at obama.org/mayor-pledge.