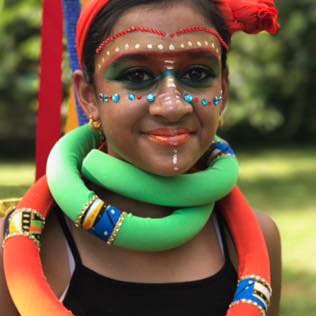 In a country of immigrants, the showcasing of culture and vibrancy of diversity are pillars that make the United States exceptional. These pillars help keep the culture alive and build a reality that contextualizes the community that culture represents. The key for the continuation of this culture is the younger generation learning and becoming the embodiment of said culture.

For the Caribbean, this is illustrated in a most powerful way through the Junior Carnival.

Carnival is the largest physical manifestation of the Caribbean culture exported worldwide.  It’s entertainment and celebration at the highest level. For many Caribbean-American parents involving their children in Carnival becomes a rite of passage. It’s a moment of pride, passed from one generation to another.

This cultural dynamic is happening throughout the United States. From New York to Hollywood, Atlanta, and South Florida. 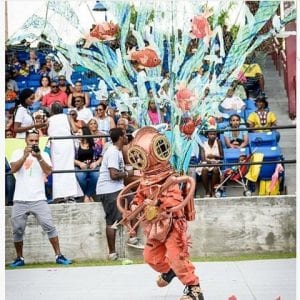 The Junior Carnival (in some places called ‘Kiddie Carnival’) is a focal point for the very young in Caribbean families and families interested in Caribbean culture. The Junior Carnival, like the adult version, is inclusive of persons from all walks of life. Both Carnivals are a festivity of the vibrant music, culture, colors, and food of the Caribbean. 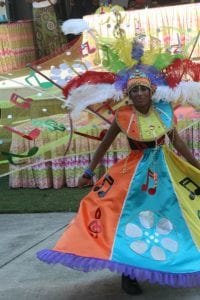 “Cannot allow our culture to die”

Pam Ramcheran. a Trinidadian who migrated to the United States and lives in Atlanta. She raised a family and helped to lead and orchestrate Atlanta’s Junior Carnival for years. Ramcheran passionately states, “It’s important to me because we cannot allow our culture to die. Carnival is our culture, our heritage. It’s the one thing we can call OURS. We have Kiddie Carnival so our kids can learn about their culture at an early age, not necessarily with just beads and feathers. We have to teach them how Carnival began, let them know the history to Carnival, not just “jumping up” and partying.  We must also teach them the skills associated with Carnival.”

Not only is Junior Carnival a platform for showcasing  Caribbean culture, and a great opportunity for youth to participate, it’s a great avenue in developing artistry and fabric designing.

Michelle Figari who also has an extensive history in Junior Carnival in the USA, comments: “Involvement in Jr. Carnival open kid’s eyes to colors, shapes, music, movement, whether as spectators or participants. Children are attracted to the different forms of artistry, especially when presented on the same stage. It is simply fascinating to a child.”  Figari also says, “Costume-making is an art because of the different processes and stages involved. Some costumes have wire that needs to be bent,  feathers to be sewn, or beads to be stuck on, cloth to be painted, or processed depending on the theme of the particular band.” 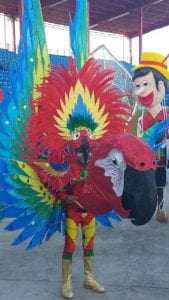 The impact of Caribbean-American and American youth involvement in Junior Carnival goes further than the impression on the youth. It has a greater imprint when the youth return to school. Figari said, “What it does is it creates awareness of the culture. When children return to school and asked what they did, their interpretation of the event influences those who were not previously interested in this cultural and artistic event. Carnival allows children of other cultures to understand and appreciate the artistry in a different format.”

She elaborates by stating: “By bringing art back into the classrooms in the form of creating carnival costumes, it rejuvenates an art form that’s in danger of being lost to commercialism. It has become cheaper and more convenient to import costumes. This sacrifices the true artistic value. Children appreciate the art form in a classroom setting learning how to bend wire, making papier-mache, creating different shapes, exploring different processes and mixing color. This stirs imagination and creativity for future generations of true carnival artistry.”

In South Florida, the Caribbean and non-Caribbean families will have an opportunity to take part in the Miami Broward Jr. Carnival presented by TD on Saturday, September 30, at Central Broward Regional Park, from 12:30 pm to 9:00 pm. 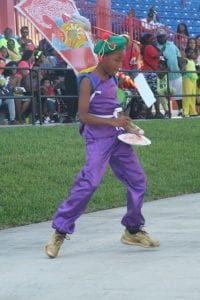