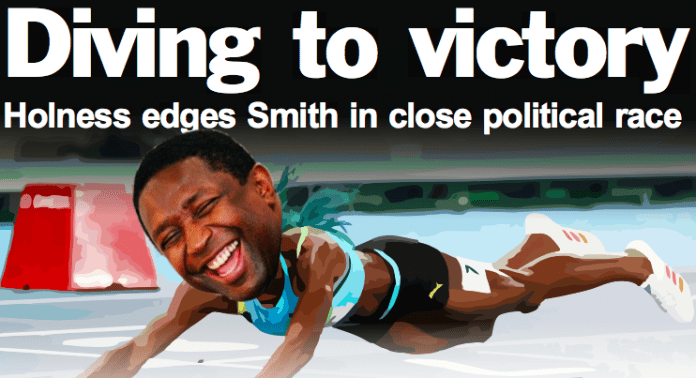 Holness, the incumbent representative for District 9 on the Broward Commission retained his seat over challenger, former Florida Senator Chris Smith, by only 262 votes. Holness received 9,813 votes and Smith 9,551. Holness led from the time the results started coming in, but the closeness of the race made his supporters nervous until all 68 precincts were counted.

Holness thanked his supporters in “a very tough campaign and giving me the opportunity and pleasure to continue working for the district’s and Broward County’s residents.” Although he’s challenged by a write-in candidate in November, Holness is generally expected to be sitting on the county commission for at least one more term.

In the District 95 seat for the Florida House of Representative, five Democratic candidates vied for the seat held by Caribbean-American Hazelle Rogers. When the votes were in from all 50 precincts, Barrington Russell, Mayor of the City of Lauderdale Lakes, was declared winner by a margin of just 225 votes.  A handful of votes separated Russell from challengers Robert Lynch, African-American, who received 3,552 votes to Russel’s 3, 777, and Ankika Omphroy, also Caribbean-American and Roger’s niece who despite entering the race relatively late made a very impressive run, receiving 3,445 votes. The other two Caribbean-American candidates, Patrick Jabouin and Roxanne Valies received 12.2 and 11.3 percent of the votes respectively.

Russell told National Weekly his mission as a Florida representative includes improvement in education, primarily early education, and the welfare of senior citizens. “Seniors are very special to me. They’re the most vulnerable members of our society. I’ll make sure financial resources are provided to ensure their well-being”. He also plans to work for the benefit of the Caribbean Diaspora. “I’ll do my utmost to make sure the Diaspora get the appropriate support to make us part of this great American society”.

Haitian-American Democrat Daphne Campbell succeeded in her transition to the Florida Senate after serving in the Florida House for multiple terms. She won the District 38 seat by a comfortable margin of 2,129 votes over closest rival, Jason Pizzo.

In the judicial races, 10 black attorneys sought seats on ether county or circuit court benches. Six prevailed, but three face runoff elections in November because they failed to win over 50 percent of the votes.