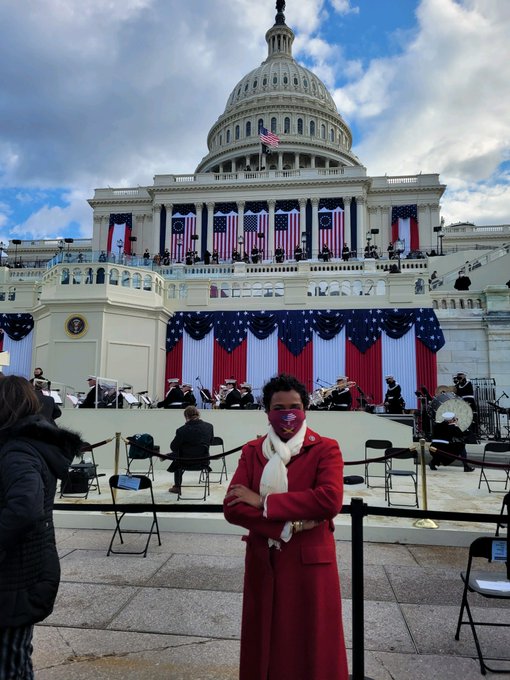 Clarke, who was present at the US Capitol for the ceremony, was seen wearing a mask with the American and Jamaican flags, a nod to her heritage. She said she overjoyed, witnessing the Inauguration in person.

“From impeachment to insurrection, to a historic day of the inauguration, the last Administration has been nothing short of a tumultuous undertaking that has provoked division in ways America has never known,” she told the Caribbean Media Corporation (CMC) after Biden and Harris’s inauguration on the grounds of the Capitol in Washington.

“Our constitution’s safeguards have held firm and supported the peaceful transition of power from one administration to the next,” added Clarke, who represents the predominantly Caribbean 9th Congressional District in Brooklyn, New York.

“Indeed, there is no tradition more crucial to our nation than this. The Biden-Harris administration historically included the first Black Caribbean-Indian American woman, Vice President Kamala Devi Harris. As a woman of Caribbean descent, the historic nature of this accomplishment cannot be understated.

“Being among the socially-distanced masses watching history being made, I was overcome with joy,” continued Clarke.

“My colleagues and I were filled with the optimism of building towards a united future and the possibility of continuing to legislate on behalf of not only our constituents but the American public as a whole and our global contributions.

“For many people of color, immigrants, and other minority communities, these past four years have been difficult,” she said. “But today is not a day to dwell on the past. Today, we look forward with hope for this great nation and rejoice that the will of the people has prevailed.”

Yvette Clarke is the daughter of Jamaican immigrants. In 2018, she was awarded the Order Of Distinction in the rank of Commander by the Jamaican government for “distinguished contribution in Safeguarding the Interests of Jamaican Nationals in the USA Diaspora on Immigration Matters.”