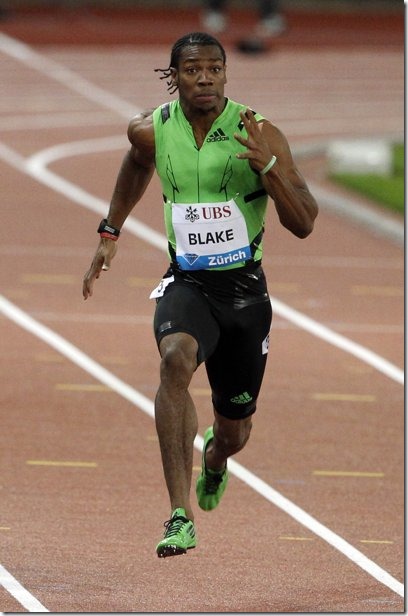 After living in the colossal shadow of Usain Bolt for nearly a decade, Yohan Blake believes it is his time to take the spotlight. The sprinter gave an ominous performance at Jamaica’s National Trials last weekend, winning the sprint double impressively.

“I’m enjoying the moment and riding the wave of euphoria,” said Blake following the 200 meters win.

After each race, Blake, a born-again Christian, gives praise to God and credits his faith and coaching staff at the Racers Track Club for his comeback from injury.

Bolt is the star athlete at Racers which has Glen Mills as head coach.

Blake won the 100 meters at the 2011 World Championships, and was runner-up to Bolt in the sprints at the 2012 London Olympics.

That form deserted him at the Rio Olympics last year, where he finished fourth in the 100 meters behind Bolt. He failed to qualify for the 200 meters final, also won by Bolt.

A hamstring injury stalled much of his progress in late 2016 but Blake underwent a disciplined training regimen to make him a solid contender for the sprints at the World Championships in London come August.

The meet will be the legendary Bolt’s swan song.  He will compete only in the 100 meters.

Blake, once known as “The Beast”, now goes by the moniker “The Blessed”, a nod to his Christian beliefs. He did not speak about his chances of beating his famous countryman but he did throw down the gauntlet after his 100 meters win.

“I’m over the moon. Once I’m in this shape no one can touch me,” he declared.