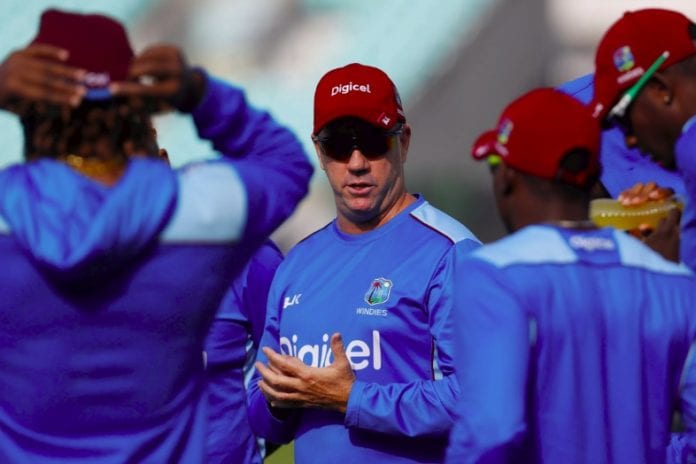 West Indies head coach Stuart Law has been slapped with a two-match suspension by the International Cricket Council after being found guilty on a disciplinary charge of making “inappropriate comments” to officials.

Law also received a 100 per cent fine in addition to three demerit points and with an accumulated four demerit points in a 24-month period, will now miss the first two One-Day Internationals of the five-match series in India which bowls off Sunday in Guwahati.

The incident occurred on the third day of the final Test in Hyderabad on Sunday when Law entered the TV umpire’s room following the dismissal of opener Kieran Powell in the second innings, and made inappropriate comments.

Law also visited the fourth umpire’s area where he also directed similar comments at the official, within the earshot of players.

The Australian pleaded guilty to the charge and accepted the sanction set out by match referee Chris Broad.

West Indies lost the match by 10 wickets inside three days to suffer a clean sweep in the two-match series.

Law made headlines earlier last month when he announced his intention to quit the Windies side at year end, following two years in charge.