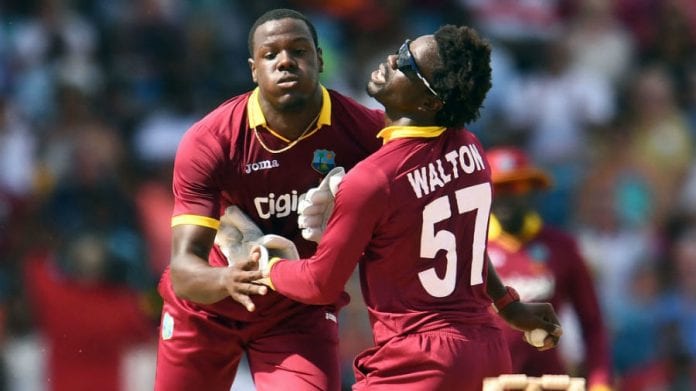 Afghanistan were bowled out for 93 as West Indies won the second match of the three-game series in St Kitts on Saturday.

West Indies eased to a 29-run win via the Duckworth-Lewis method and a Twenty20 series victory against touring Afghanistan.

A thunderstorm and heavy rainfall left the second T20I of the three-game series in serious threat of a washout in St Kitts on Saturday.

But the Windies managed to set Afghanistan 123 – a revised target –  for victory after posting 112-3 from their reduced 15-over allotment.

And it proved too much for the Afghans, who were bowled out for 93 in the 14th over at Warner Park – Kesrick Williams (3-11) leading the Windies’ bowling attack.

There was pre-game rain in the area but the match got underway a day after the Windies triumphed by six wickets in the opener.

Players, though, were eventually forced from the field for almost two hours due to rain after the Windies won the toss and elected to bat.