Voters Go to The Polls Today in Belize 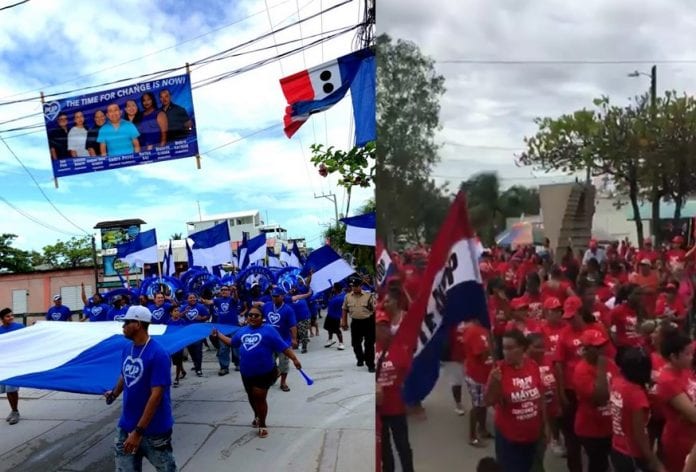 Voters in Belize go to the polls on Wednesday to elect a new government with both the ruling United Democratic Party (UDP) and the main opposition People’s United Party (PUP) confident of being victorious.

Polling stations open at 6.00 am (local time) and closes 12 hours later (8.00 pm EST). A total of 88 candidates representing four political parties and independents are contesting the 31 seats at stake in the election.

“The mood right now is victory and of course we are pounding the pavement. Every last opportunity we have to be in homes in a safe way and also working the phones to make sure that we are prepared to get the voters out,” said Patrick Faber, who is leading the UDP into a general election for the first time after Prime Minister Dean Barrow bowed out of active politics.

“I believe that that effort has been tremendous on the part of our party and will prove successful. That’s the message that I’ve been getting from our candidates resoundingly across the country,” he added.

But PUP leader, John Briceño is confident that the party will reverse the three previous consecutive defeats at the hand of the UDP and will be victorious on Wednesday.

“If I am not successful it is obvious then that it is time for the party to find a new leader. At this time as I said we have put in the hard work. It has been five long hard years of work. We have reorganized the party, united the party. We have modernized the party.

“We have done all the work. We have visited all the communities across this country and I believe that the policies that we have presented to the Belizean people, offering them hope, offering them something different and what they have seen in the past 13 years.

“I think that I believe with the people of this country is going to give the PUP an opportunity to lead in the next five years. We go out there practically and carefully but then we have to go and do a virtual campaign,” he said, in reference to the protocols put in place to curb the spread of the coronavirus (COVID-19) pandemic.

Chief Elections Officer, Josephine Tamai, is calling for the support of everyone in the election, given that the polls are taking place during the COVID-19 pandemic and the floods caused by the passage of Tropical Storm eta over the past few days.

“ In terms of public officers, we’re ensuring that public officers, and yes it’s law, that they must wear their face masks. We’re also ensuring that everybody who enters that polling station is being sanitized. So you can’t go and say, “Well, I just sanitized my hands so I don’t need to get sanitized again.” The sanitizing officer will still insist that you are being sanitized prior to you going into that polling station,” she said.

“So we’re putting in protocols, so we’re asking persons to please ensure that you follow these protocols strictly and when you go to vote, maintain the social distancing. Don’t be talking to your friends for a very long time, go out, cast your vote and then go home.”

She said that she is also confident that the process will be efficient, adding “I know that the whole flooding situation and access to certain areas by road, the road conditions are not as we would have wanted it to because some got damaged with the flood.

“So we could see whereby there might be some delays in terms of transporting of boxes, we’ll take maybe a couple minutes more than we had anticipated in the beginning. In areas like, for example, in Belize City where we shouldn’t have much of an issue, we expect that the counting should be finished fairly quickly.

“But in areas where the polling stations are far from the counting stations, we could see whereby the counting will be put back a little bit, so we’re hoping that we should get results by the following morning. I don’t want to give a specific time because of some of the challenges that we know we’re going to experience,” the Chief Elections Officer added.